Ford has big plans for EV and battery factories in US

Ford has big plans for EV and battery factories in US 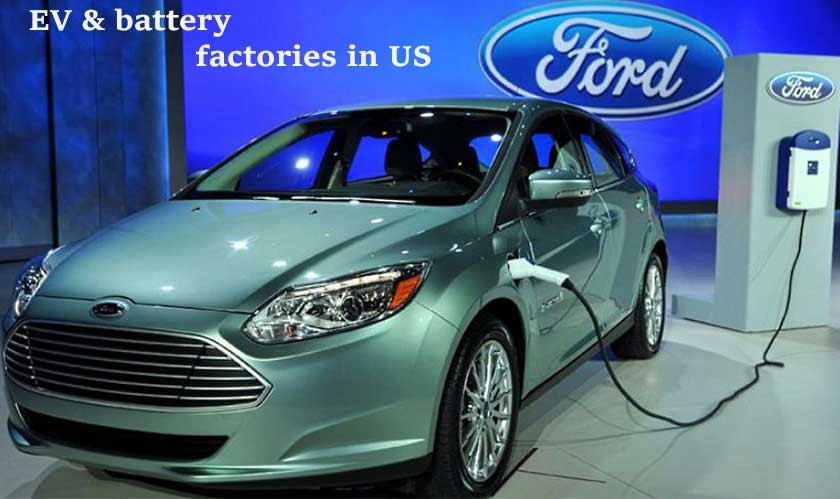 Ford CEO Jim Farley has said that the big investments from the company towards EV show its commitment towards the EV sector.

As the world is moving towards electric vehicles and automated vehicles, Ford has announced its big plans for its upcoming new factories for EV and batteries. This is one of the most promising news, as many car manufacturers are still ambiguous about the EV tech. According to the latest news, Ford and South Korean battery manufacturer SK Innovation, together, will spend $11.4 billion to build several new facilities in Tennessee and Kentucky for the production of electric vehicles and the batteries to power them.

The new facilities from Ford will be built entirely from scratch. The Tennessee facility will be a "mega campus" that will house a vehicle-production facility for Ford's F-series pickup trucks and also a battery assembly division. While the twin factories in Kentucky will only manufacture lithium-ion batteries. However, the facilities will take time to build and are expected to start production only by 2025.

Ford CEO Jim Farley has said that the big investments from the company towards EV show its commitment towards the EV sector. For example, the Tennessee facility will span over nine square miles and represent the largest facility ever built in the company's 118-year history. SK Innovation is currently the main supplier of batteries for Ford, but has lost a trade secret dispute from LG Chem, which may hamper the import. The new factories in the US will ensure that there are no supply chain issues in the future.