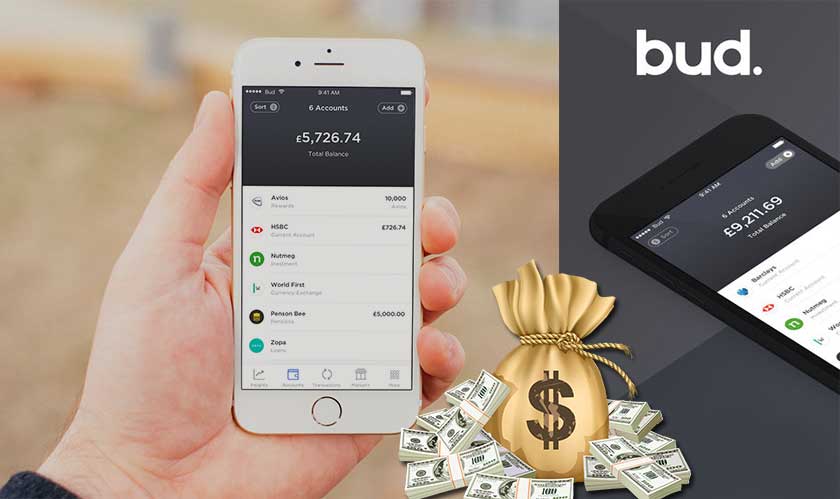 Bud, a U.K. Fintech, has closed over $20 million in funding to support its goal of connecting banks, via their apps and services, to different fintech corporations and monetary service suppliers.

The project, through fresh funding rounds, has earned backers like HSBC (which, via First Direct, it also counts as a customer), Goldman Sachs, ANZ, Investec’s INVC fund, and InnoCells (the corporate venture arm of Banco Sabadell), Lord Fink (the former chief executive of hedge fund Man Group), and others.

Launched in 2016, Bud started with a consumer-centric software app which allowed users to access various financial services from a single aggregated interface. However, it quickly expanded to become a tech platform that enables banks to create new apps and services to help its customers manage all of their financial products in one place – probably, as an all-in-one app. Bud’s platform, which basically acts as a tech layer that intelligently connects bank account data to third-party financial services, also includes “numerous information enrichment options… to make individuals’ lives that little bit simpler,” says Bud CTO and co-founder George Dunning.

The platform mainly focuses on leveraging the bank data to create new consumer experiences, “like increasing financial literacy,” for example, the CTO said. “‘Smart Balance’ is a feature that shows users what they can safely spend and ‘Goals’ help them plan ahead. Our advanced regular payment finder filters and tracks bill payments and if you can save money Bud connects you to a service that will make it happen,” he added.

Many such features are powered by Bud’s ability to detect patterns and behaviors in the data. “Something as simple as detecting if someone is going abroad and helping them get insurance for their trip using one of our partners from within the app is much better than if you do it the traditional way,” illustrated the CTO.