Amazon is getting ready to dump mighty Oracle software 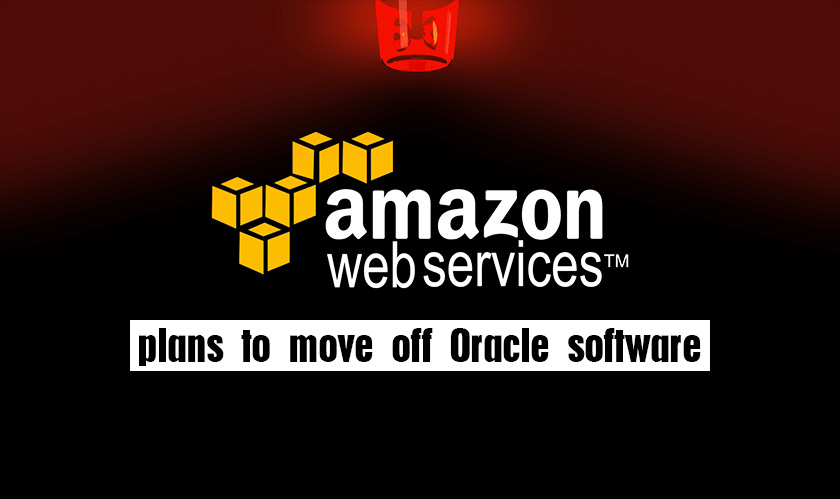 Amazon is one step closer toward terminating software from Oracle Corporation as Andy Jassy (CEO at AWS) hits back at the tech giant in Twitter, on Friday. Oracle Executive Chairman Larry Ellison, about a month ago, ridiculed the retail giant for relying on Oracle databases to track transactions and store information.

The high-sounding Oracle Corp. boss, in several years of public presentations, has made an ongoing point, that its competitors – especially Amazon – use Oracle’s database to survive the race. “Competitors can't get around Oracle's database being the best,” Ellison says.

The slap-fight however escalated when Jassy thumbed his nose at Ellison on Friday, saying on Twitter – “In the latest episode of ‘uh huh, keep talkin’ Larry,’ Amazon’s Consumer business turned off its Oracle data warehouse Nov. 1 and moved to Redshift.” Also, by the end of 2018, Amazon’s consumer business will have “88% of their Oracle DBs (and 97% of critical system DBs) moved to Aurora and DynamoDB” of AWS, he added.

Amazon, as claimed by Ellison, has spent “at least $50 million with Oracle in a single quarter.” Surprisingly, Amazon isn’t the only company working to cut its extensive investments in Oracle databases, SAP SE and Salesforce are also trying to separate itself from Oracle.

Nonetheless, Oracle too is in the race for cloud market share. Introduced last year, the Oracle Autonomous Cloud Database is the world’s first self-driving database that utilizes the power of machine learning to fully automate operations and security.