Anaplan IPO soars in a bad week for the tech world 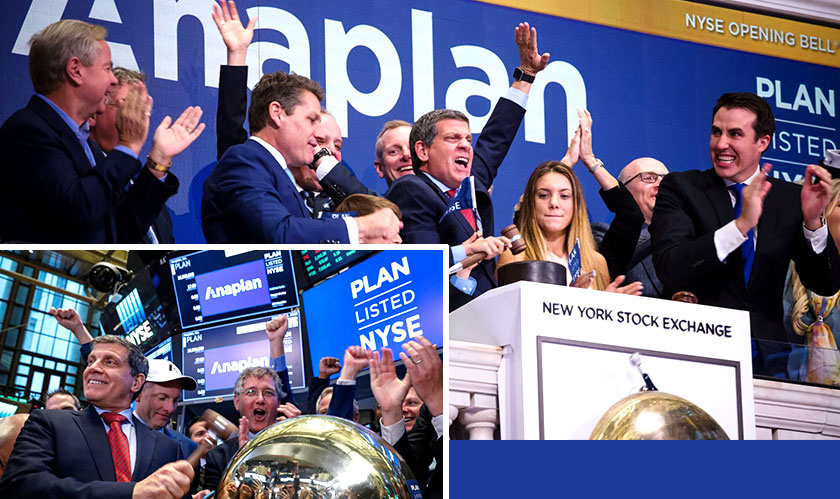 The week was especially bad for the tech stocks as market instability hit them hard this week but Anaplan has debuted its stock in the market in a very impressive fashion. It launched its IPO yesterday priced at $17. But by 4 pm ET, the stock hit $24.30, which was an impressive 30% rise in its stock value.

The cloud company that is known for its “connected planning” has exceeded expectations with its IPO launch. The first day of trade saw it soaring in the market. It’s a great sign for the company that the investors decided to place their bets on the company despite a bearish market this week.

During its public filing, the company said that it had generated $109 million in revenues in the first half of this year which was a huge jump from its $77 million in the same period last year. The company’s CEO Frank Calderoni was under some pressure after NASDAQ closed at its lowest since May on Thursday. But he said that the company did not reconsider delaying the launch.

Anaplan raised $263.5 million with its 15.5 million shares on offer. The company was earlier planning on launching its IPO in $13 to $15 range but raised its target to $17 later. The bet was on target as it did really well on its first day.