In the past two decades, South Asia has become a tourist hotspot and has emerged as a significant 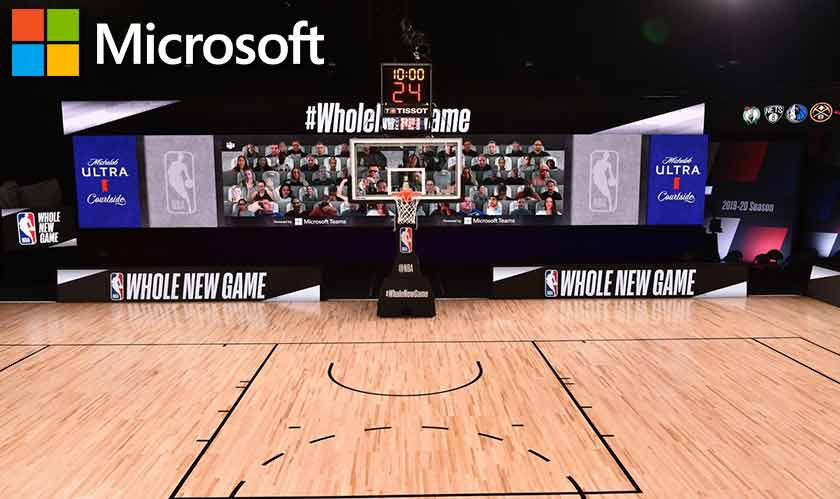 NBA is reimagining the way basketball is carrying on in times of pandemic. The Association kicked off the games earlier this month in the Orlando bubble as a build-up to the regular season which begins on July 30. While the return of basketball has brought relief to the fans, the empty stands reflected the eeriness of not having them in the background- cheering. Well now, the NBA has figured out a way to bring its fans courtside.

The reimagined fan-experience will have the fans cheering their teams virtually from the courtside. NBA has formed a strategic alliance with its digital partner, Microsoft, to make this a reality. The courtside presence of the fans will be powered Microsoft Teams’ new feature called Together mode.

The NBA will be decking its facility at Orlando with 17-foot video boards that will surround the court on three sides. Using the Together mode on Microsoft Teams, NBA is bringing the fans together virtually, all the while, giving them the experience of sitting side by side in the stands. By bringing the fans together in a shared visual space, Together mode will enable the fans to maintain natural eye contact and react to someone else’s reaction as the games unfold on-court. Each game will host 300 fans on these video boards.

Additionally, the fans will be able to look at in-venue graphics and animations that will reflect the fan engagement around the world. NBA in its blog wrote: “Fans will also have the opportunity to see their videos featured through TikTok Challenges. Snapchat’s “ground segmentation” augmented reality technology will also give fans an opportunity to explore a virtual rendering of the official court in Orlando via a Lens wherever they are.”