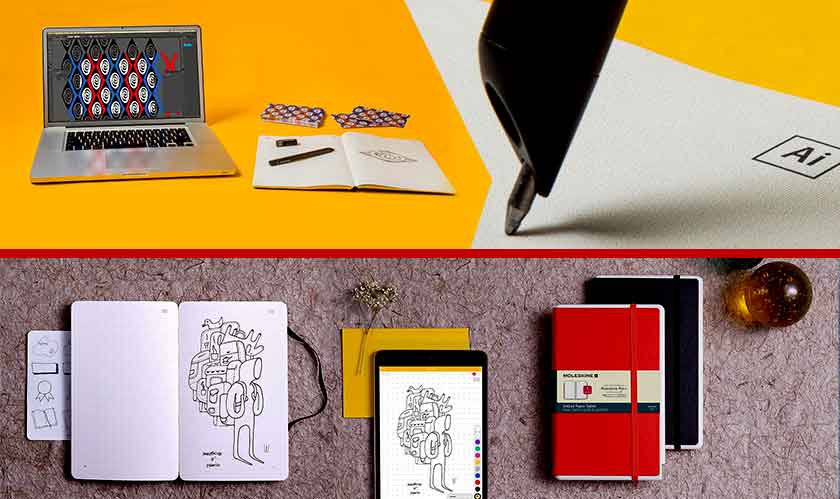 Moleskine, in collaboration with Adobe, has come out with a digital drawing notebook called “Moleskine Paper Tablet - Creative Cloud Connected.” A digital version of everything that’s handwritten or drawn in the notebook will be saved in your Adobe creative cloud account, and so the name.

Though the new gadget seems to be competing with digital pads like Royole RoWrite and the iSkn Slate – which incorporates tactile paper – this is the first one we know is backed by both a big-name tech company and a popular papermaker. Moleskine’s partnership with Adobe will sure earn its Paper Tablet attention from almost all users of Adobe’s suite of applications – particularly applications like Photoshop and InDesign. Also, artists who love the tactility of drawing on paper can quickly and efficiently convert sketches into workable digital files instantly so they can enhance, color, and texture it further.

Artists have the flexibility to sketch at their convenience and later push the content to Creative Cloud or create in real time with their artwork mirroring simultaneously in Adobe Illustrator on the desktop. But, in order to sync with the Illustrator, you would want to install a plug-in from Adobe Exchange. A free Moleskine Notes app will also be able to vectorize your drawings on paper with just a snapshot.

Moleskine Paper Tablet comes with a price tag of $34.95 and is now available online and at Moleskine stores. A special $179 pen sold separately works well with the new Notebook and it is called the ‘Pen+Ellipse.’ The Pen is also compatible with both Windows PCs and Macs.