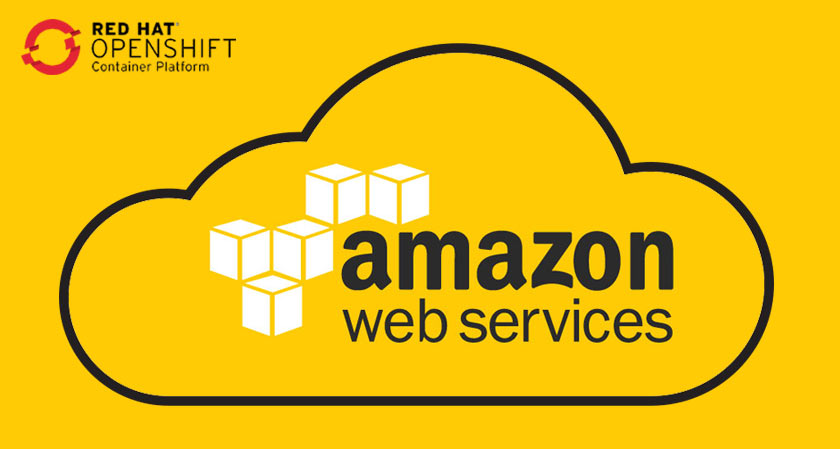 Amazon has announced that it has got into an agreement with Red Hat to natively integrate Red Hat's OpenShift container platform into AWS, allowing OpenShift users to directly access AWS' services to make use of the cloud whether  it is on AWS or on premise. This also includes the integration of Red Hat Enterprise Linux (RHEL), a Linux distribution setup developed by Red Hat.

This will enable Red Hat users to make use of a variety of AWS's cloud services like Amazon Aurora, Amazon Redshift, Amazon EMR, Amazon Athena, Amazon CloudFront, Amazon Route 53, and Elastic Load Balancing with just a few clicks from directly within the Red Hat OpenShift console. Talk about a win-win. Although Red Hat collaborating with AWS is old news (which is an oxymoron), the new deal has integrated AWS and OpenShift into one big Hybrid System.

“Container adoption is taking off in the enterprise, and this alliance is designed to accelerate that by giving customers access to AWS services directly within Red Hat OpenShift Container Platform,” said Jim Whitehurst, president and CEO, Red Hat. “By bringing together the incredible pace of innovation and breadth of functionality that AWS provides with the industry’s most comprehensive enterprise-grade container platform, we’re enabling customers to bring the combined advantages of these offerings across their hybrid environments with the backing of our joint support.”  This has made it easier for developers to deploy their applications on containers. Red Hat and AWS will have deeper collaboration and will work together to enable new AWS services with RHEL. This is will help AWS quickly deliver its services to thousands of customers who have built workloads with RHEL on AWS.

"Given that Red Hat is the world's leading provider of open source solutions, our enterprise customers have been passionate about seamlessly running Red Hat Enterprise Linux and various other Red Hat solutions on AWS," said Andy Jassy, CEO, AWS. "With AWS's pace of innovation continuing to accelerate, we're excited about deepening our alliance with Red Hat so that customers can enjoy AWS's unmatched functionality as quickly as it comes out, whether they're using Red Hat Enterprise Linux or Red Hat OpenShift Container Platform."

The JBoss Middleware suite are also offered as fully supported services on AWS, allowing customers JBoss Middleware as containerized application components while enjoying the functionality and security that is expected of AWS. Both the companies are also looking to strengthen the integration between AWS and Kubernetes, the container management platform that powers OpenShift.