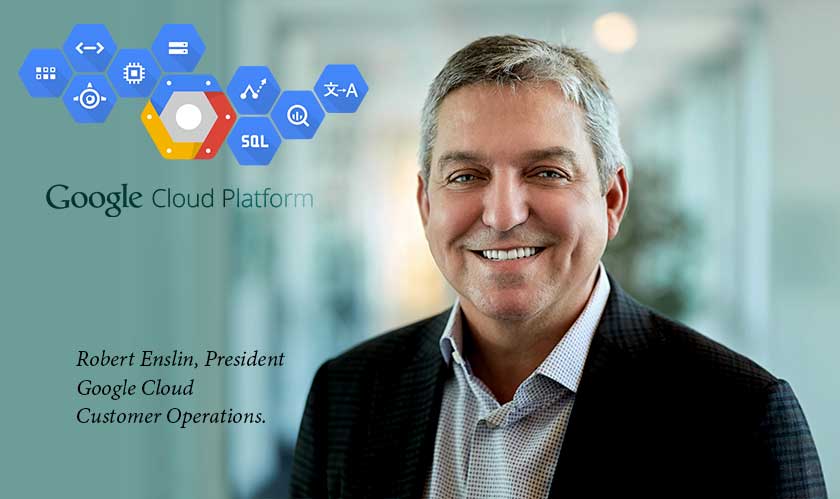 Google Cloud has announced Robert Enslin as the new President of Google Cloud Customer Operations. The cloud veteran had earlier this month announced his exit from SAP where he worked for more than two decades.

Thomas Kurian, Google Cloud’s new boss has some interesting plans for the company. On his company blog, he has disclosed that SAP’s former cloud president is joining Google Cloud at the capacity of President of Google Cloud Customer Operations.

“Today, it is my pleasure to introduce Robert Enslin, Google Cloud’s new President of Global Customer Operations. Rob’s expertise in building and running organizations globally, business acumen and deep customer and partner relationships make him a perfect fit for this crucial role. Rob will report to me, and he starts on April 22,” he wrote on the blog.

Robert Enslin most recently served as SAP’s Cloud Business Group President. He was at SAP for 27 years and served the company in various leadership roles in sales and operations. The Google Cloud boss in his blog believes that Enslin’s international experience will help the company in its expansion plans into established industries and growth markets around the world.