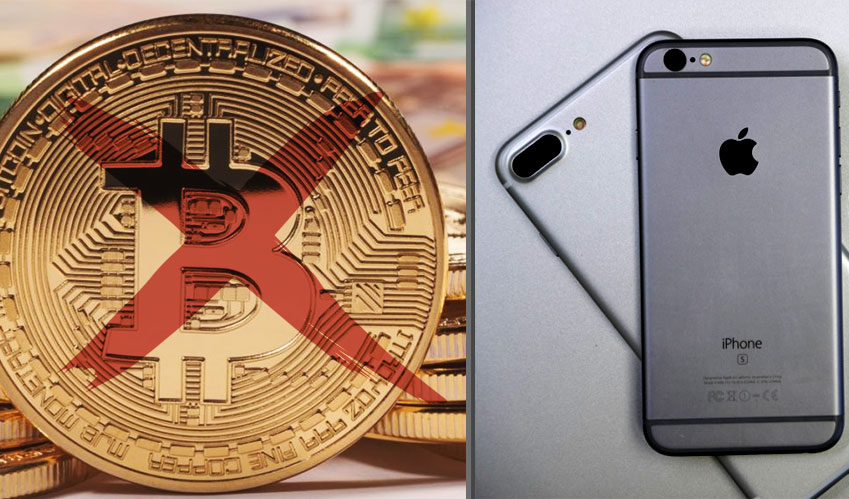 Apple has decided to ban all apps from all Apple platforms that mined cryptocurrency on people’s devices in exchange for its premium features. Apple removed the Calendar 2 app for mining cryptocurrency Monero. The app was reshaped to exclude features which triggered mining and is back on the App Store.

It marked Apple’s first move against cryptocurrency mining, however, the correction was also to abide by the Apple’s app-design guideline that safeguards the devices’ power and safety. Apple has now refurbished its guidelines and policies to include an entirely separate section on cryptocurrency.

Apple introduced five rules where it will allow cryptocurrency wallets as long as they are the products of developers who are enrolled as organizations. It will promote the use of cryptocurrency mining apps that mine outside of the device, e.g. cloud-based mining. Only approved exchanges are permitted to host virtual currency transactions between devices.  Also, the apps that take part in the transactions should be from the exchanges themselves.

Apple will support apps involved in ICOs (Initial Coin Offerings), Bitcoin trading, or other cryptocurrency securities trading, only if they are lawful and backed by firms like banks, firms or other approved financial institutions. The cryptocurrency apps are restricted from selling virtual coins in exchange for any promotional or social media activities. Enforcing these new rules reinforces cybersecurity and will reshape the App Store, as this would remove all third-party apps that traded cryptocurrency illegally, and had secret miners.