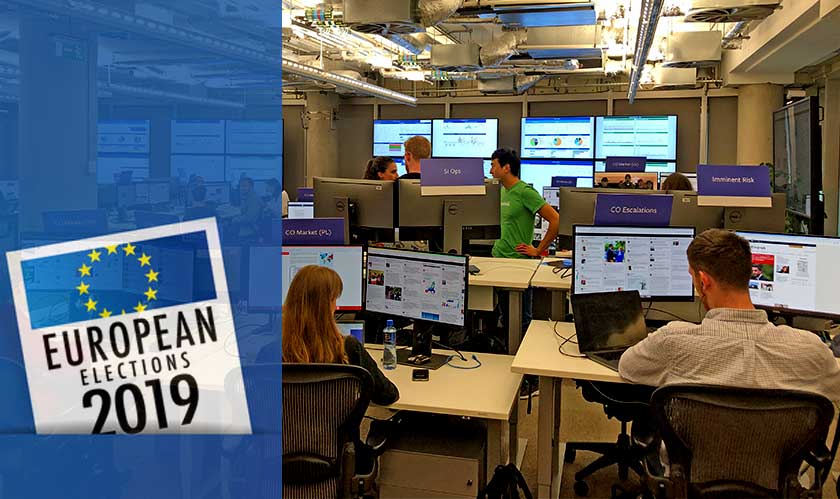 Facebook set up a war room late last year with the intent of protecting against misinformation. Now, the cyber defense mechanism of the company is set to defend against any fake news, hate speeches and misinformation until the end of EU elections due on May 23.

The company is apparently dedicating as many as 40 professionals who will work round the clock to protect the elections, reported The Guardian. This team of professionals is further being backed by intelligence experts, data scientists, researchers and engineers from across the globe. This team also consists of speakers in all 24 official languages, and is being run by Lexi Sturdy who was flown in from the U.S., The Guardian noted.

The team has been operating for a while now and has had some success in catching hundreds of suspicious behavior pertaining to political topics. The war room has had some success with its war room efforts in the U.S and Brazil recently and expects to continue its good work with EU elections too.

But the threat is ever-present and looming large. With the internet playing a bigger role today than in the past it has become increasingly important to build up cybersecurity to protect the elections all over the globe.