6 Types of VPNs for Encryption

6 Types of VPNs for Encryption 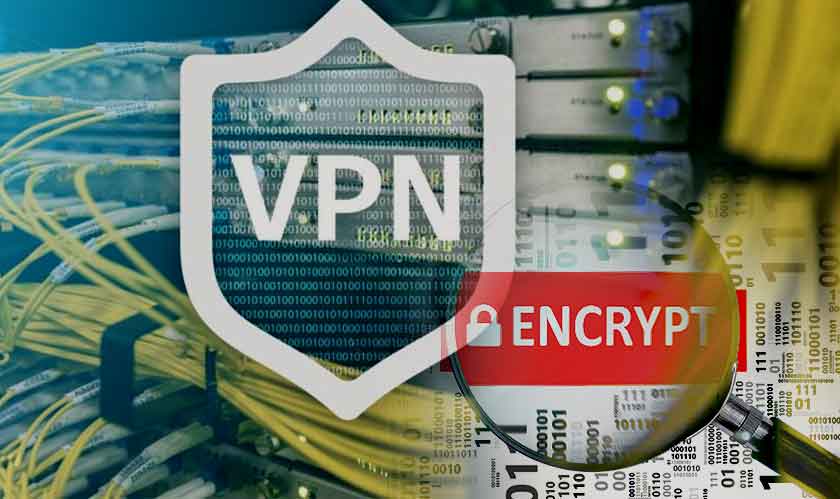 A virtual private network (VPN) automatically comes with different types of encryption protocols. The encryption protocols contain a set of instruction for sending and receiving data between devices or networks. Some networks are private, and others are public.

VPN providers can offer high-level security for both personal and business clients in ways that other types of security cannot offer. VPN protocols encrypt the data by converting an otherwise open network into a shielded network. This encrypted conversion is known as tunneling. Some VPN protocols prefer encryption over speedy service to provide security for clients. Companies or individuals that prefer safety to speed may want to look for a VPN with the highest level of encryption.

A remote VPN allows a user to connect to a secure and private network remotely. Remote VPNs are valuable for company employees that travel but still need to maintain a connection to the company and access files or other data.

A remote VPN encrypts the data as it travels through the network via the tunnel from user to user. Encryption also allows employees to access the virtual network from a remote location. The access points are known as endpoints and come in the form of laptops, tablets, smartphones, or other devices. In most cases, an administrator has to approve the connection between the device and the VPN. Without administrator's approval or a reliable remote VPN, the endpoints are open to hackers or criminal activity.

A site-to-site VPN uses either an Internet protocol security protocol (IPSec) or generic routing encapsulation (GRE). In either case, the protocol contains data that the user is encapsulating and the connection between the sender and the receiver.

IPSec secures traffic on IP networks and across the Internet. IPSec encrypts data between devices via the site-to-site encryption.

A client-based VPN is a virtual private network created between a single user and a remote network. The VPN connection typically requires some type of application. The user manually initiates the VPN client and authenticates using a username and password.

The VPN creates encryption and security protocols through a tunnel between the user’s computer and the remote network. The user accesses the remote network through the encrypted tunnel. Windows, Mac, and mobile OSs all contain built-in VPN client-driven standards.

Client-based VPNs allow users to connect to their devices with relative ease. Account holders can manage their networks across an encrypted VPN tunnel.

With DMVPN, any network can connect to any other network across the DMVPN cloud. Implementing DMVPN requires devices that can terminate a DMVPN tunnel. DMVPN is a complex technology, requiring the use of GRE tunnels, IPsec, NHRP (Next Hop Resolution Protocol), and a routing protocol, all interdependent components that allow full mesh communication.

DMVPNs eliminate the need to know remote IP addresses, allowing for dynamically assigned IPs to connect to the infrastructure securely, registering their IP address with the DMVPN NHRP hub router. This allows the solution to scale as high as thousands of participating sites. The end result feels like a traditional WAN connection.

L3VPNs are among the most commonly utilized VPNs over multiprotocol label switched (MPLS) networks. Service provider networks utilize MPLS-based L3VPN for a range of security protocols. MPLS allows service providers to virtualize their networks so customers can share the physical network. Some large corporations that are not service-driven use MPLS internally for their own global communication and data storage.

Network-based VPNs connect different networks to each other through an unsecured network, mainly the Internet. Companies connect the networks of different locations to share information securely. There are various types of network-based VPNs that offer a wide range of parameters, features, and services all within an established tunnel. Companies rely on these networks to secure data at the highest levels.

IPsec tunnels are the most directed approach to a VPN. Companies access networks through firewalls and routers. The network consists of a tunnel where all the traffic is exchanged between two devices in an encrypted form. Network-based VPNs, however, also have the capability of protecting a single device. So, if a small company needs to access the network, they can through the VPN provider.

The VPN provider and the client must establish the endpoints of the tunnel. All devices encapsulate or unpack the information that travels in an encrypted form. In addition, an administrator decides how to authenticate the traffic that flows through the tunnel. They can do this by creating certificates or passwords. There may also be other forms of encryption available as well.

To define which traffic can travel through the VPN, you can have policies in the IPsec tunnels to restrict the traffic that flows through them.

7. Choosing the Right VPN for Your Network

When choosing the right VPN for a network, it is important that user choose a provider that can meet their needs based on their personal or business activity. A strong VPN should allow a user to have quick access to streaming, browsing, and other online activity without compromising their security and privacy.

With the right encryption and tunneling, a VPN provider can offer users the ultimate online experience while shielding them from hackers and other agencies.