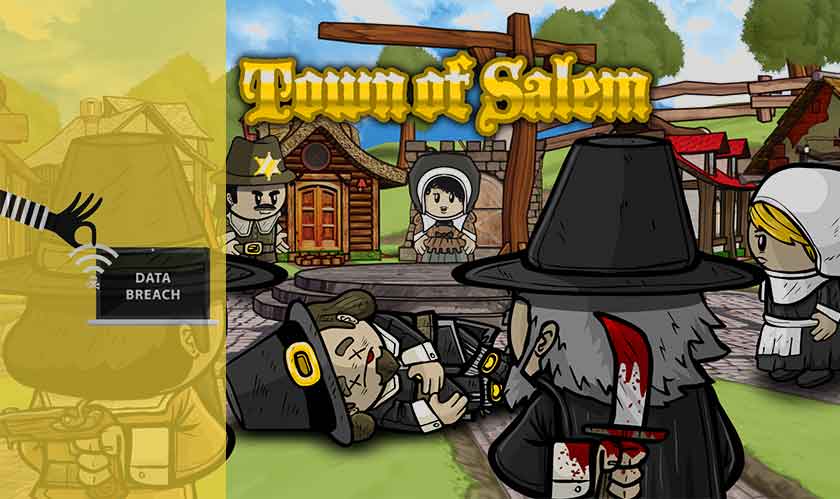 In the first big data breach of the New Year, 7.6 million players of the popular browser-based game Town of Salem have been affected. BlankMediaGames, the creator of the game has confirmed the news of the breach.

The cybersecurity compromise came to light on December 28, when an anonymous email was received by a security company DeHashed. The email consisted of evidence that indicated of server compromise. The company has said that the total row count of the database in the email is 8,388,894. Out of these 7,633,234 were unique email addresses.

The information that was accessed during the breach included usernames, email addresses, passwords, IP addresses, and purchased game premium features, but credit card details were not compromised. BlankMediaGames’ spokesperson has confirmed that there was a data breach on the Town of Salem forum by posting: “The BMG staff is just coming back from Christmas New Year's vacation and we were informed that there may have been a breach of our database.”

It is unclear whether BlankMediaGames has notified all the affected players in any other way apart from the small forum post. The company is currently investigating the issue.