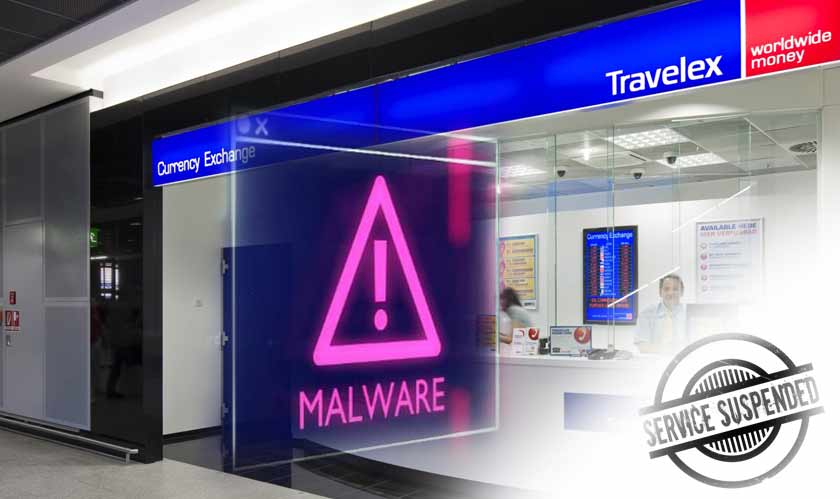 Travelex, the foreign currency exchange specialist, was hit by a malware attack on December 31. Following the attack, the exchange had to suspend some of its services. The company had to take down systems to prevent the spread of malware and as a precautionary measure.

The company is unable to do transactions on the website and on its app. At the time of writing, the Travelex’s UK website continues to display a “server error” page. The corporate site says that the website has been taken down to make upgrades. Also, online ordering on travel money is down.

The attack has affected companies whose travel money services are provided for by Travelex. Among those affected by the attack are Tesco Bank and Asda.

Travelex operates in over 1,500 stores globally. Some stores are manually processing the customer requests as the malware attack has affected the London-based company. As of now, the type of malware used in the cybersecurity incident is not known.

The company statement said: “Our investigation to date shows no indication that any personal or customer data has been compromised. We’ve deployed teams of IT specialists and external cybersecurity experts who’ve been working continuously since New Year’s Eve to isolate the virus and restore the systems.”