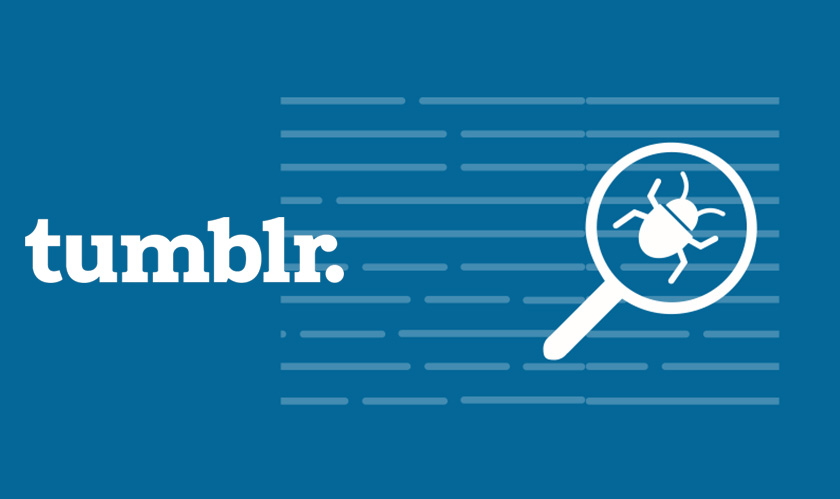 A bug has created menace on Tumblr exposing user’s private information. The bug seems to have attacked the ‘Recommended Blogs’ section on social media platform creating yet another cyber attack. Sensitive information like email ids, passwords, self-posted locations, IP addresses, and more have been leaked where the bug hit accounts.

So far, it remains unclear whether the bug has affected individual accounts or attacked the entire surface. However, Tumblr in an announcement said there’s no reason to worry as the bug was rarely there. “We found no evidence that this bug was abused, and there is nothing to suggest that unprotected account information was accessed,” an open letter released by Tumblr shows.

Owned by Oath, the company had previously laid out a bug bounty program that has finally led to a security researcher to discover the bug. The researcher said that it was possible to view a certain amount of information about a blog, because of the bug.

But Tumblr is certain that things are fine and also wishes to be transparent about such cybersecurity concerns. Over the past few months, data compromise issues have been shocking the world. It looks like every platform online has been discovering more bugs and threats. Nevertheless, Tumblr is sure that things will be fine. In the letter, the company said, “It’s our mission to provide a safe space for people to express themselves freely and form communities around things they love.”