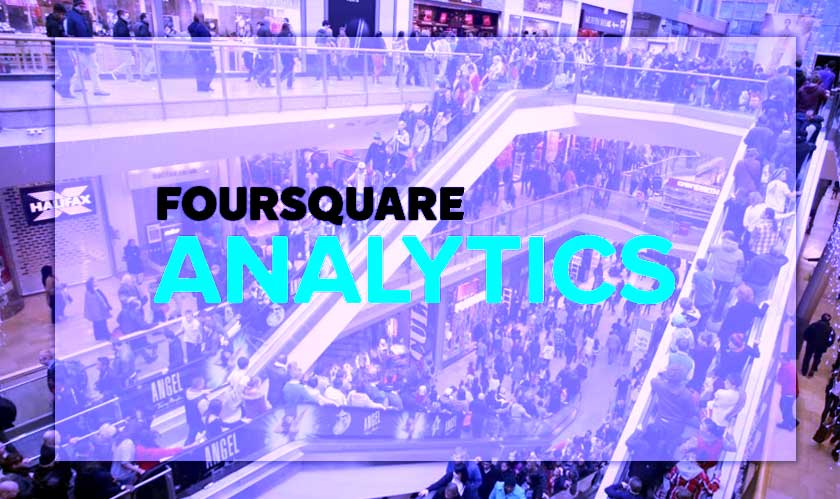 Foursquare, a New York based location intelligence analytics company, has announced the launch of Foursquare Analytics. Foursquare Analytics is a data Analytics platform with a foot-traffic dashboard for brands and retailers. This service is available to all stores no matter how small, since the earlier services were only given to companies through one-off deals with Foursquare.

The company actually started out as a social check-in app but always maintained that there was something much bigger to the company than just that. This was mainly related to the unique ways of leveraging its database of check-ins at nearly 100 million public places. And Foursquare is nothing if not efficient when it comes to handling data. An example of this is its prediction about the drop in Chipotle same store sales. The sales dropped by 30% in comparison to the 27% predicted by Foursquare.

So it comes as no surprise that the company that gets Analytics is releases an analytics platform. Such analytics can be valuable to retailers and businessmen alike, allowing them to understand and respond to customers’ habits as well as predict store traffic.

Retailers who opt for the service will be able to use the dashboard to see foot-traffic data across metrics like gender, age and new versus returning customers, and this is on a national scale. If data necessitates, customers can also compare their foot traffic against a set of competitors and their category as a whole.

“The data is collected via Foursquare’s existing database of locations (which powers more than 100,000 apps, including Snapchat), as well as anonymized in-store-visit data collected from users of Swarm and Foursquare who have opted in to always-on location sharing. Foursquare then normalizes this data to make sure it accurately represents the U.S. population as a whole,” said Foursquare in a blog post.

As a demonstration of the platforms ability, Foursquare made a case study analyzing T.J. Maxx’s recent retail success. Through the study it was able to determine things like what percent of foot traffic comes from high-frequency regular customers versus new ones. It is also running numerous other studies with partners including TGI Friday’s, Taco Bell, H&M and Equinox.