Microsoft deploys an underwater data center off the coast of Ireland 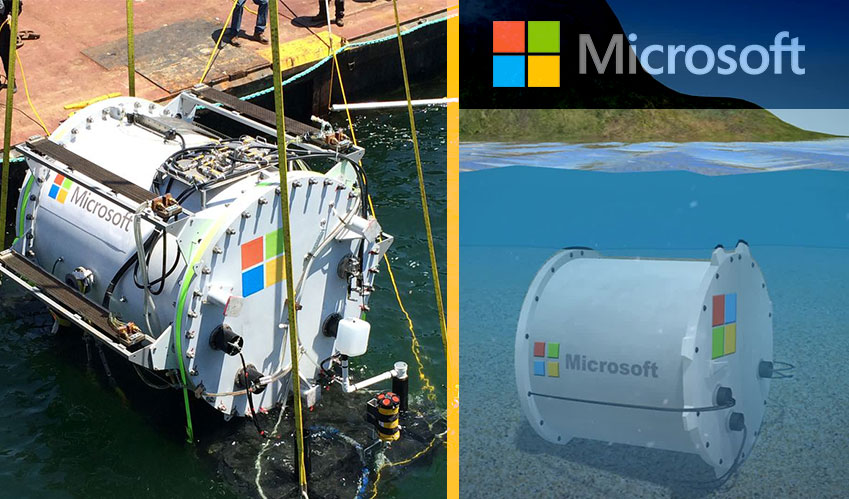 Microsoft has been working on under-water cooling systems for data centers for a long time. It has finally found a way with project Natick. Microsoft has submerged its 40 ft long data center, 117 ft under the waves off Scotland’s Orkney Islands. The data center is an unmanned facility that contains 12 server racks loaded with 864 servers. During this time, the performance of the data center will be closely monitored. The Orkney based data center is called The Northern Isle.

Microsoft partnered with a marine manufacturing company from France called Naval group, to design the data center’s watertight cylindrical shell and adapted a commonly-used submarine cooling system to work with the data center.

To cool the data center, seawater is channeled through the radiators on the back side of the server racks, before being released back into the ocean. Running data analytics in huge data centers have long been an energy consumptive process which incurs one of the biggest costs in the world of computing.

With more than half of the world’s population living within about 120 miles of the coasts, by putting data centers in the water bodies near the coastal cities, data would have a shorter distance to travel with such application of data centers.