YouTube rains down on fake channels by setting 10,000-view minimum before they make money 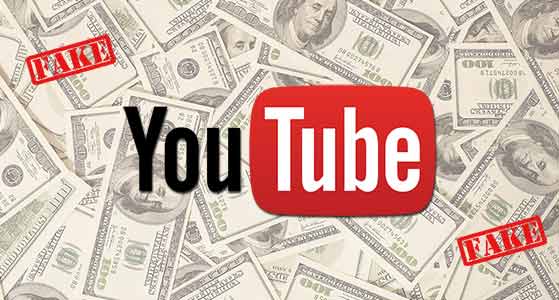 The Google-owned online video service YouTube announced a new rule on Thursday requiring creators to reach a minimum of 10,000 lifetime views before they can earn a share of ad revenue from the site. The famous video sharing platform is taking this step to thwart impersonators looking to steal traffic from other creators: YouTube said it is looking to reduce the number of channels that steal content from other individuals or companies in order rack up video views that they can then use to make money through the site's partner program.

Five years ago, YouTube opened their partner program to everyone. This was a really big deal: it meant anyone could sign up for the service, start uploading videos, and immediately begin making money. This model helped YouTube grow into the web’s biggest video platform, but it has also led to some problems. People were creating accounts that uploaded content owned by other people, sometimes big record labels or movie studios, sometimes other popular YouTube creators.

YouTube blog stated "After a creator hits 10k lifetime views on their channel, we’ll review their activity against our policies, if everything looks good, we’ll bring this channel into YPP and begin serving ads against their content. Together these new thresholds will help ensure revenue only flows to creators who are playing by the rules."

YouTube offers creators a 55% share of the ad revenue from pre-roll ads that appear in of their videos. Furthermore, the move also comes as YouTube deals with the backlash from the controversy that erupted last month after advertisers discovered that their spots were running against objectionable videos including those from white supremacists, radical Islamic preachers and other hate mongers. That has led dozens of major brands to suspend ad spending on YouTube for the time being. This new rule will hopefully crack down fake channels and piracy.