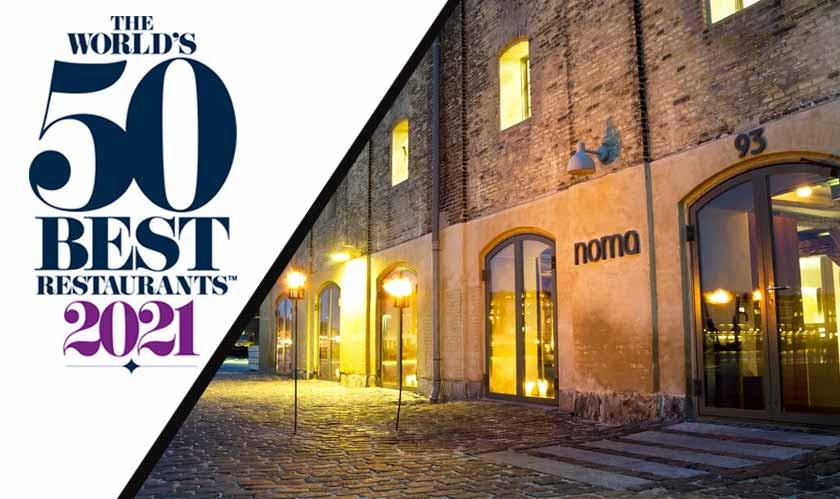 After a year's hiatus, the World's 50 Best Restaurants list has been unveiled for 2021. Danish restaurants Noma and Geranium took both the top spots.

The World's 50 Best Restaurant Awards, the Oscars of the fine-dining world, returned after a mandatory hiatus in 2020 when restaurants and eateries around the World remained shut due to the COVID-19 pandemic; the annual list is back. Copenhagen proved why it is the fine dining capital of the World, with the first and second-best restaurants on the list calling the Danish capital their home.

Chef Rene Redzepi's Noma, located in Copenhagen, was named the best restaurant in the World for 2021; the restaurant also won its coveted third Michelin star earlier in the year. Despite the old location of Noma featuring in 'The Best of the Best' list for previously winning the award four times, Noma won this year's award because the restaurant opened in a new location with a new menu in 2016 after the old restaurant was closed down in 2014. Geranium, also located in Copenhagen, was placed 2nd on the list for this year.

The prestigious awards earlier had announced that the restaurants which topped the previous lists being automatically disqualified from this year's list to make way for new restaurants to feature in the much-awaited list. The 50 Best Restaurants awards placed former number one restaurants on another list called 'The Best of the Best.'