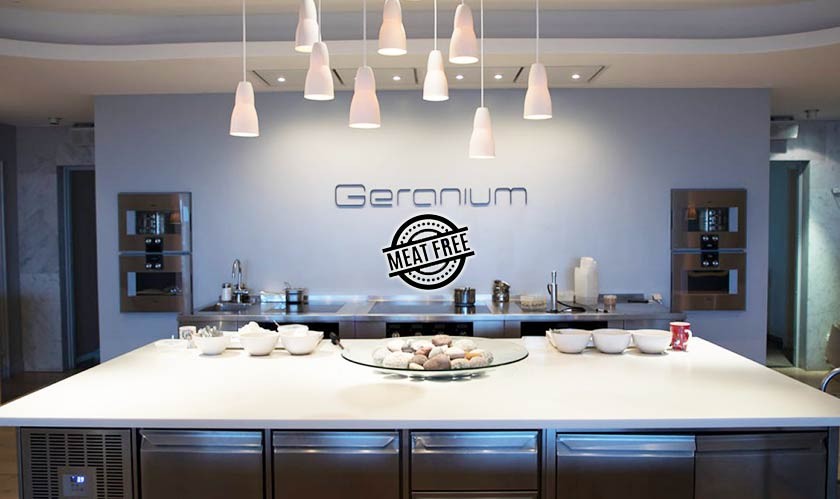 Geranium — the three-Michelin starred restaurant in Copenhagen, Denmark, has announced they’ll be dropping land-based meat (though not seafood) from their menu beginning in January 2022.

When the primary wave of the COVID-19 pandemic brought the world to a halt last year, Rasmus Koefed and his restaurant Geranium in Copenhagen were one of the first Michelin three-star establishments to re-open for dine-in service. Last June, the restaurant began serving dinner again, but at lunchtime, they were a meat-free restaurant influenced by Koefed’s decision to start a plant-based diet.

Lauded as one of Denmark’s most celebrated and seasonally inspired restaurants, Koefed said the decision to move to a menu utterly devoid of meat products serves as a reflection of how he’s evolved both as a human and a chef over the years. Chef Rasmus Koefed said in a statement,” My kitchen at Geranium has long been focused on vegetables, fish, and shellfish as the star on the plate, with small quantities of meat.”

The new Geranium will still look like a Rasmus Koefed restaurant, featuring beautiful artful platings and the kind of exquisite, meticulous technique expected from the only chef to win gold, silver, and bronze at the Bocuse D’or, the biennial culinary World Championships in Lyon, France. Koefed’s style resembles modern European restaurants than the rustic New Nordic restaurants that opened around Copenhagen in the wake of Noma’s success.

Geranium finished second behind Noma in the World’s 50 Best Restaurant Awards for 2021.