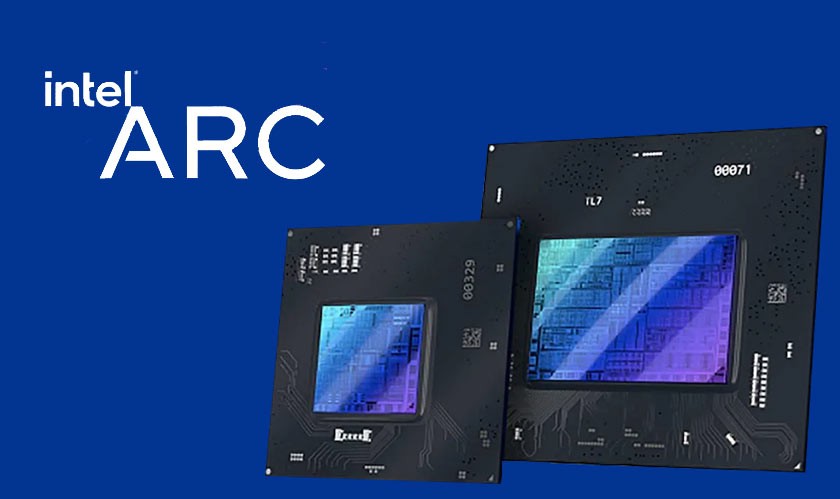 In an attempt to disrupt Nvidia's and AMD's duopoly, Intel unveiled its own Arc standalone graphics Chips at its virtual CES 2022 event.

It is no secret that Intel has long wanted to enter the discrete graphics chip market, going beyond the basic graphics that it has supplied in its PC chipsets until now. Intel code-named the chipsets' Alchemist', and is coming soon in laptops and desktops in more than 50 confirmed products to be launching soon. The first wave of Intel Arc graphic chips products will launch within 2022's first quarter.

Intel has previously announced that its first-generation 'Alchemist' Arc GPUs will be followed alphabetically by the Battlemage, Celestial, and Druid generations over the next several years.

Taiwanese TMSC will manufacture the Arc chipsets on its N6 node. Intel Arc GPUs will feature in the new Intel Evo platform laptops for creators, with new 12th Gen H-series 45W CPUs and large 15-inch or 16-inch screens. The global technology giant hopes to bring intense competition to AMD and Nvidia, who have controlled the GPU space for over a decade.