Qualcomm coming up with a Switch-like Android gaming device 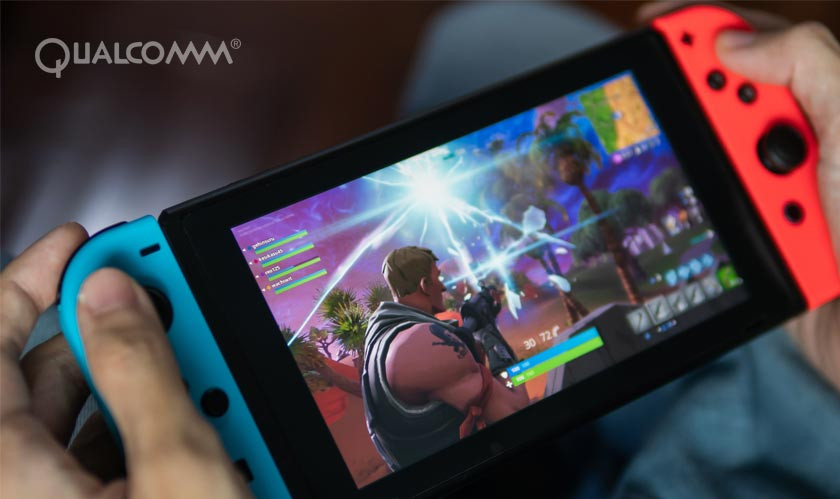 Qualcomm is soon bringing its own Nintendo Switch-like gaming device. According to XDA Developers, the handheld gaming device is expected to launch by next year.According to the article, the device will feature detachable, Joy-Con-like controllers, an SD card slot, Android 12, and 5G. It will feature a massive 6,000mAh battery. The display size could be 6.65-inches, with a resolution of at least 1080p. For comparison, the Switch's screen is 6.2-inches and runs at 720p. The console will also feature active cooling with an internal fan.

For the past few years, several smartphone makers like Asus, Black Shark, Nubia, etc., have already been making gaming-oriented phones. Last year Asus also introduced a phone with an inbuilt fan. The chipsets from Qualcomm already havethe potential to run high-end games. It's just a matter of time when the company launches the console with physical keys as present in Nintendo Switch.The device could be a big smartphone with active cooling and attached controllers. While there are many good gaming devices already available, Qualcomm has to make a really practical gaming console with built in physical buttons that can catch the attention of gamers.

Qualcomm also wants it to be commercially available, potentially at carrier retail stores. There are high chances that it could be branded with a different name, like a third-party manufacturer acquiring the consoles' rights. The device's price target is expected to be around $300, which is the same as Nintendo Switch.