The Future of Gaming

The Future of Gaming 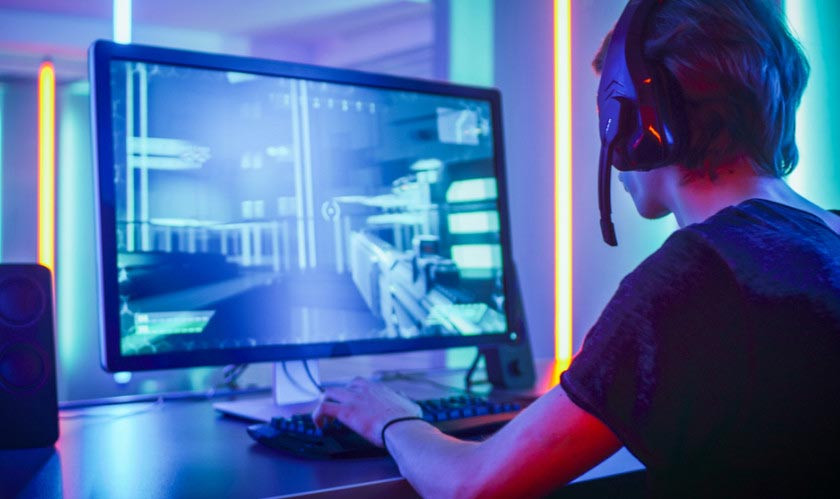 You would be hard pushed to find an industry that benefitted more than gaming during the pandemic. It makes sense as people are forced to remain home, boredom escalates and the majority of us turn to our devices for entertainment. What is surprising to many though is that we are no longer turning to TV and movies in a trend that has seen revenue from gaming rise over 9% in the last 12 months.

Is this trend set to continue or die with the virus? Like the boom seen in online gambling of recent years, this is predicted to remain. You can click here to not only find the best Canadian online casino bonuses, but all the bonuses Canada has to offer. In the meantime, this is what’s in store for gamers in the coming years.

In 2019 the gaming industry was doing incredibly well and valued at a touch over $152 billion, globally. Fast forward twelve months of pandemic and home life, and that figure has increased to $159 billion for 2020. The greatest increase hasin mobile gaming (up 13%), pulling in a mammoth $77.2 billion for 2020. And that says something as people weren’t even that mobile this last year.

Given the fact that there are over 6 billion smartphones in the world as of 2021 and 2.7 billion gamers worldwide, the numbers are astounding. And many players don’t just spend all their time playing, countless hours are spent watching others too.

This is a perfect example of what our future entertainment trends will look like. Pandemic or not, our future generations will not seek out television like in the past, opting instead to watch gaming through Twitch, YouTube and other platforms.

Now, with a pandemic, it’s expected that home-based entertainment would increase. But what is worrying signs for some markets is that the increase seems to be solely centred around gaming, with little to no increase in other media entertainment.

Technology is streamlining hardware for sure, but the future of gaming will not be in the devices on offer, it will be how we choose to play them. Costly consoles that require huge amounts of storage are already creating problems for pro gamers. They need incredibly fast networks like 5G will provide, but also an alternative method of storage. That will be what the cloud will offer.

Cloud based technology has already provided a lifeline for many in terms of storage in their daily life, but this technology shifting to gaming will be a game changer. Imagine the communal use of giant servers that stream the game to your device. No need for the masses of inbuilt memory on your device, maybe no need for such a device at all?

Like the Netflix of the gaming world, games will be rented not owned, and games can be live streamed with ease for all fans to watch. The requirement for extremely fast and stable internet will offer up some restrictions, but as 5G is rolled out globally, that shouldn’t be a problem.

Although not quite there yet, cloud gaming will be the future and as bugs are ironed out the future looks very interesting.

When broken down into their own individual sectors, we can easily view just how the whole package will come together in the next few years.

Avatars are becoming incredibly popular as players seek more immersion in their games. The first step in facial recognition has the potential to see your expressions transferred to your icon in real time, further immersing the player with their opponents and team members.

But as this technology is improving, we start seeing hardware like the Intel RealSense camera which could allow software providers the flexibility of the players expressions to control minor parts of a game. Sensing when a game is becoming too hard for the individual for example by the structure of their expression and changing the game accordingly.

Similar technology can also allow hand movements and gestures to be incorporated into your game. First person shooters that track your hands movement would elevate the game exponentially. And why not throw in some haptic gloves while you’re at it so that you can feel tension when reaching out to grab something.

Combining these technologies will have you not just shooting at your VR enemies, but doing so with fast, realistic motion and immersion. But then, where do you stop? Do your gloves become an entire suit to allow you to feel when your enemy has struck you? Sounds fantastic, but do you really want to get suited up to chill out and game on the sofa?

The biggest improvements in our minds are the AI used on the non-player characters (NPCs) that really make a game realistic. Rockstar Games have had a great shot at nailing the AI in non-playing characters in their Grand Theft Auto hit franchise. But until now, it’s mainly centred around a basic re-action from an action; if player does this, they do this.

As this tech develops, you could see your enemies actually working together in co-ordinated attacks. They will still be restricted to the code the developers have written but allowed more freedom.

If this is taken too far forward where the system can allow the third-party characters in a game to behave their own way, it could easily result in less enjoyment of the game itself. This is the conundrum faced by developers who rely on the balance to get things right.

Games being constantly improved through patches and updates has now become the norm and through these processes, the games themselves can change a lot after their release. A big part of these changes come from all the data that is available to developers directly from players.

As it becomes easier to correlate all this data into something useful, we will see more gameplay changes being made as a direct result of how players play them. Like tailoring the game to the actual players.

The developers of Fortnite have done this to near perfection, analysing the favourite areas and weapons of their players to constantly change their game to suit. The data has always been there but now the technology has increased to allow us to capture it, understand it and use it to our advantage.