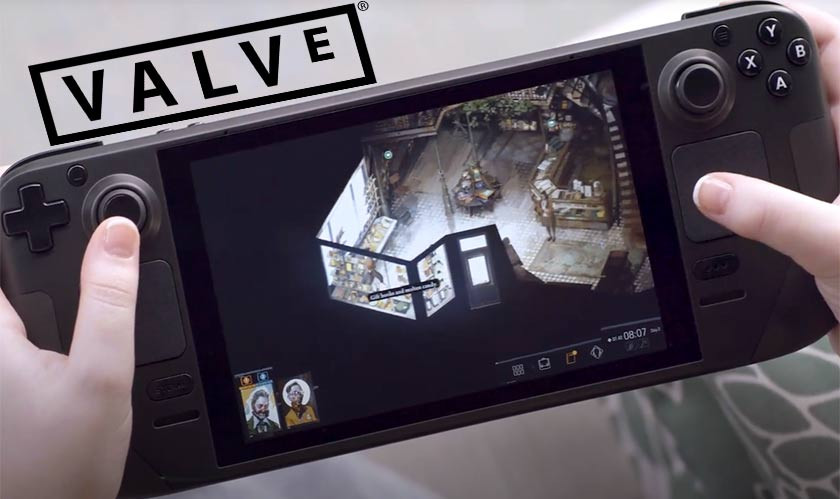 The Steam Deck will be competing with the Nintendo Switch, which has been the most popular handheld gaming device.

Valve has launched a new handheld gaming device called Steam Deck. It runs on a custom-made SteamOS, which is built on Linux OS, and will allow users to play all the games in their Steam library with top-notch performance. It will be able to provide PC-level gaming with the ability to run the latest AAA games and titles as well.

The Steam Deck will be competing with the Nintendo Switch, which has been the most popular handheld gaming device. The console by Steam has buttons and analog keys on the same plane along with two capacitive trackpads. It also has some additional buttons at the back that can be mapped as per the requirements.

The console packs in a custom-made AMD APU. It has a 4-cores and 8-threads CPU based on Zen 2 architecture with a variable clock speed of 2.4GHz to 3 GHz. The console uses RDNA2 GPU with eight compute units.All the models have 16GB of LPDDR5 RAM onboard. The base storage variant comes with 64 GB eMMC storage, while the other two models come with NVMe M.2 2230 SSD of 256 GB and 512 GB slot. However, the SSD slots are user-replaceable, and the base variant has an unpopulated SSD slot.

The screen is a 7-inch IPS LCD panel with a 1280×800 pixel resolution. The 40Wh battery can give a screen on time of up to eight hours on basic 2D games and upto two hours on 3D games. The Steam Deck will be available to purchase from December 2021 in Canada, European Union, United States, and the United Kingdom.