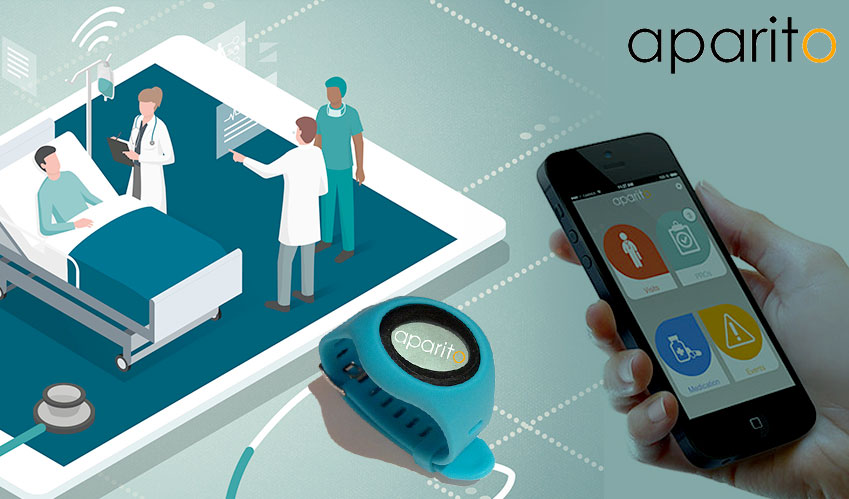 The probability of pediatric clinical trials failing has increased. The failure doesn't just affect the billion-dollar investors like the big pharma companies, but will affect all, says Elin Haf Davies, the founder of Aparito, which uses wearable technology and disease-specific mobile apps to monitor patients afar from immediate medical assistance.

“Society as a whole is losing out” notes Davies speaking on failing trials. To capture patients’ data more accurately, improving the success of clinical testing and the quality of life of the patients became Davies’ driving force that led to Aparito.

Aparito, Davies’ digital healthcare start-up which was founded in 2015 recently raised $6 Million as investment from the pharmaceutical giant German’s Bayer. Aparito’s mobile app allows patients to share their experiences using drugs that are of concern. Aparito also includes a wristband that monitors the patients’ health, and this could help researchers know what happens to patients between hospital visits.

Davies’ technology is being implemented in more than six clinical trials currently. It has partnered with Newton Fund, Red Cross Children’s Hospital and The University of Cape Town launching a study at South Africa, a country where epilepsy affects 1 in 100 and as many as 180,000 children having this condition. Their in-app video tool to record and upload seizure sessions and wristband detecting even the unnoticeable seizures will greatly help the project. These videos help build a machine-learning algorithm that can differentiate between the types of seizure will be Aparito’s next big step as per Davies.