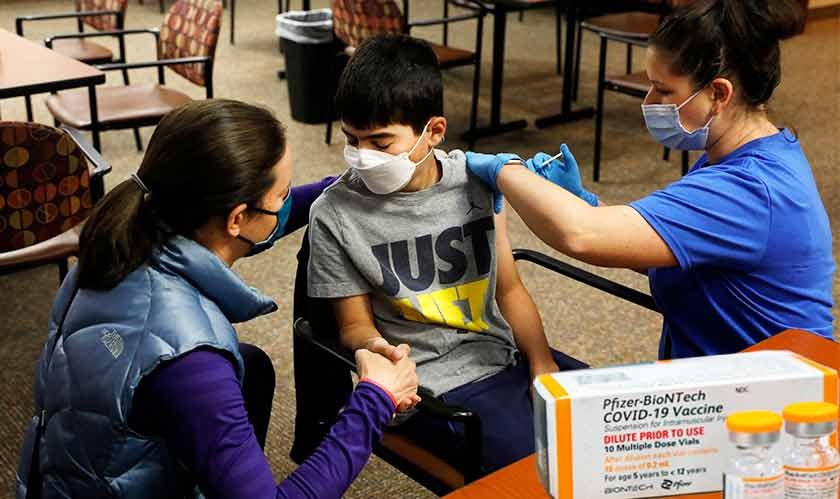 BioNTech and Pfizer instructed the United States Food and Drug Administration (FDA) to authorize extra-low doses of its COVID-19 vaccine for children below 5, potentially opening the way for the youngest Americans to start receiving vaccines early as March.

In an extraordinary decision, the FDA urged Pfizer and its partner BioNTech to apply earlier than the companies had planned. Before it’s finalized, the youngsters will require two or three shots.

The country’s 19 million children under the age of 5 are the only group not yet eligible for a vaccination against COVID-19. Many parents have been forcing for an expansion of vaccines to toddlers and nursery students, especially as the omicron has sent a record number of youngsters to the hospitals.

As the FDA reviews the application, Pfizer and BioNTech will continue researching whether three shots of the vaccine might be more effective for younger children after two doses of the vaccine failed to produce the desired immunity response among kids aged two to four in clinical trial’s failures.

For children under 5, Pfizer’s study gives participants two shots of the vaccine three weeks apart, followed by a third shot at least two months later. The pharmaceutical company tests whether the youngsters produce antibody levels comparable to those known to protect teens and young adults.