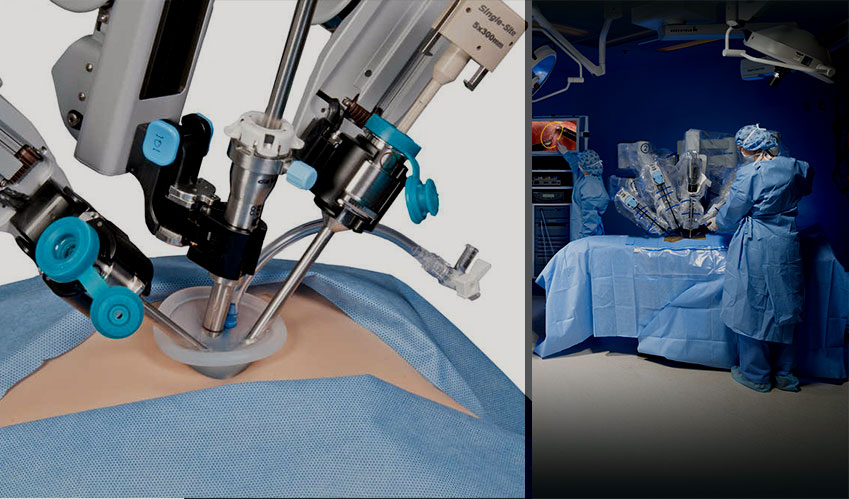 The doctors at the University of Pennsylvania have performed the first-ever robot-assisted spinal surgery. Using the robotic arm of a robot called Da Vinci; the doctors have successfully removed a rare tumor located at the point where the spine meets the skull.

The surgical operation lasted two days where the neurosurgeons preparing the spine with ultrasonic cuts. The robot was then brought to clear a path to remove the tumor from the patient’s mouth. Next, the patient own bone was used by the doctors to reconstruct the spinal column section that was previously removed.

The robot’s got you covered

This is one of those cases where the robot played a major role. In such a situation, if the doctor isn’t careful enough, a part of the spine could have been compromised and could have left the patient paralyzed or left him without important functions. Additionally, if the tumor isn’t removed completely, it could grow back and hence extra care had to be taken.

Thankfully, the Da Vinci robot created a successful healthcare history! However, it’s going to be a long time before robots can completely take over and perform a robotic surgery. Currently, the robots are used alongside human doctors in cases like this where the surgery needs to be operated delicately that might otherwise be quite impossible.