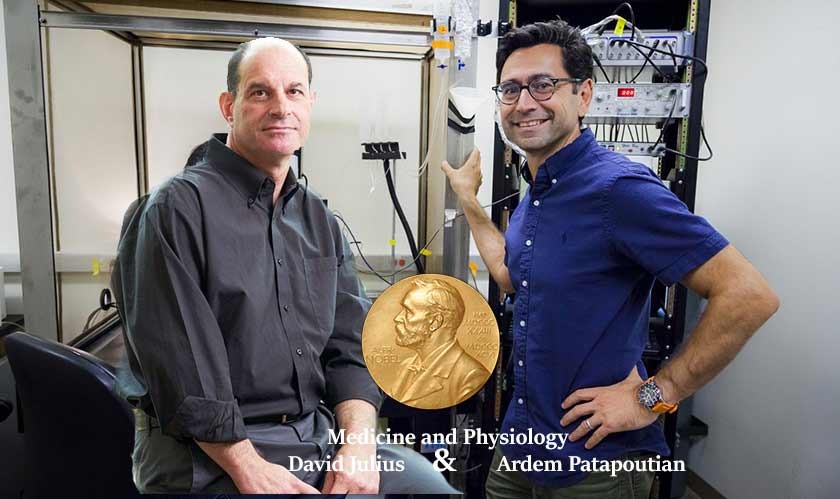 David Julius and Ardem Patapoutian were awarded the Nobel Prize for Medicine and Physiology for the discovery of temperature, touch receptors

The 2021 Nobel Prize for Medicine and Physiology has been awarded to American scientists Davis Julius and Ardem Patapoutian for their discoveries of receptors for touch and temperature. The human ability to sense touch, heat, and cold is essential for survival and is crucial for our interaction with the world around us. These were questions that have intrigued and puzzled me until this year's Nobel Prize laureates solved them.

David Julius utilized capsaicin, an aromatic compound in chilies that produces the burning sensation associated with them, to detect a sensor in the skin's nerve endings that responds to heat. Ardem Patapoutian used sensitive cells to discover a unique class of sensors that respond to mechanical stimuli in the skin and internal organs. This year's laureates identified critical missing links in understanding the intricate interplay between the environment and our senses.

The 2021 Nobel Prizes winners will receive a gold medal and prize money of 10 million Swedish Kronor ($1.14 million). The prize money comes from the fortune left behind by the prize's creator, Swedish inventor Alfred Nobel who died in 1895.