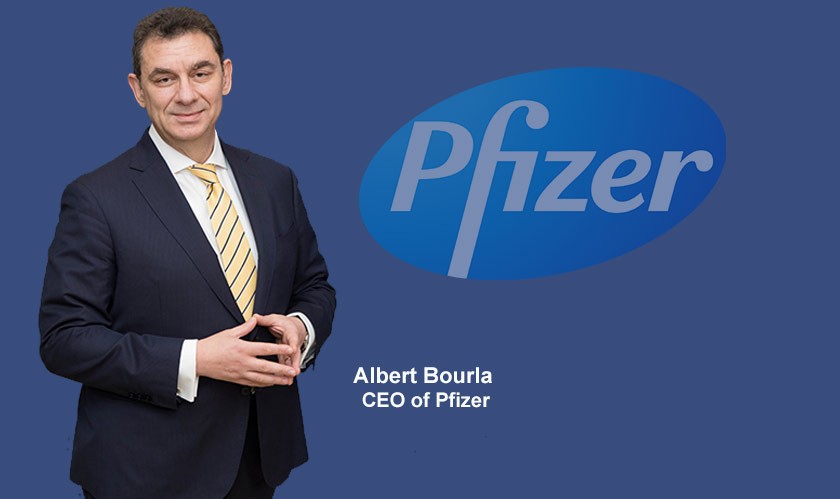 Global pharmaceutical giant Pfizer Inc.’s chairman and CEO, Albert Bourla, was awarded the prestigious Genesis Prize for his efforts to advance a COVID-19 vaccine on January 19.

The $1 million Genesis Prize is awarded each year to a person for their contributions to humanity, professional achievements, and commitment to Jewish values. The Genesis Prize Foundation announced Mr. Bourla had received the most votes in an online campaign in which some 200,000 people from 71 countries participated.

A statement from Genesis said that unlike other CEOs working to develop COVID-19 vaccines, Mr.Bourla declined billions of dollars in United States federal subsidies to bypass government bureaucracy and fasten up production of the vaccine.

Pfizer’s partner, BioNTech, received funding from the German government. Pfizer later signed a big supply contract with the USA. The plan put Pfizer at the forefront of global efforts to combat the coronavirus, with the firm’s vaccine the first to be authorized for use in Europe and U.S.

Albert Bourla was born in Thessaloniki, Greece. Mr. Bourla has a personal connection to Jewish heritage; his parents were among only 2,000 survivors of an ancient Jewish community of 50,000, almost completely wiped out by the Nazis during the holocaust. Bourla has donated the $1 million award to the Jewish community of Thessaloniki in memory of his parents in remembrance of the Holocaust in Greece.