The Second Chances app can detect if you overdosed 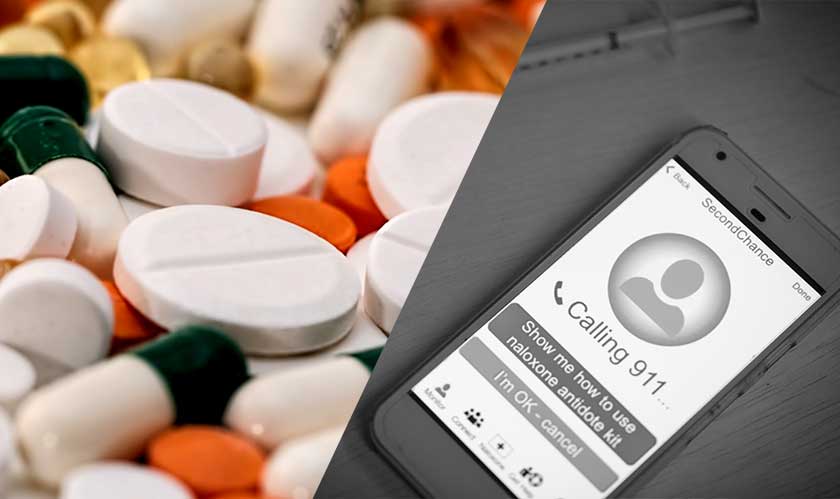 Research scientists have come up with an app that allows smartphones to detect an opioid overdose and alert for help. Nearly 110 Americans die each day from opioid overdose and the Second Chances app is awaiting approval by the US Food and Drug Administration to help save lives.

The technology is based on breathing changes in a predictable and specific pattern that occurs during an overdose. The life-saving app uses sonar technology to detect these changes and alert family, friends or a doctor. Once help comes through, an overdose-reversal drug like Naloxone can be administered, the scientists said.

Rajalakshmi Nandakumar, a doctoral candidate in computer science at the University of Washington and an author on the paper publishing the study about Second Chances says, “We don’t use cameras or identifying markers or reflect speech. We’re only using the reflection of sounds.” She further explains that Second Chances works by sending silent sound waves to people’s chests from nearly 3 feet away. Continuous monitoring of reflected signals is done as it changes along with breathing patterns.

On a trial run, the healthcare app was installed on Galaxy S4 and nearly 96 percent of the cases were correctly identified. The app is undergoing further improvements for UI and enhancing the sensitivity of the algorithm. Although false alarms can be a big concern, the app will surely help save lives until a long-term solution is found.