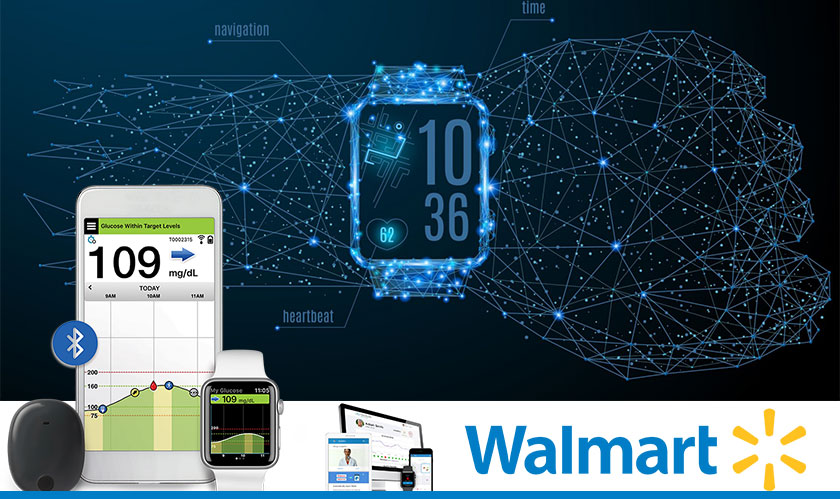 An application that was released by the US Patent and Trademark Office, last week, reveals a patent filed for blockchain, wearable and EHR data by Walmart. Walmart’s interests in blockchain and healthcare are becoming more apparent since for a few months. The retail giant is seeking to protect a method in which EHR (Electronic Health Record) of a patient can be obtained via the distributed ledger technology even if they are unable to communicate.

The document, filed by Walmart, explains, In order to retrieve a patient’s EHR from a blockchain database, it would require authentication from two different keys: a public key and an encrypted private key.

The company highlights the need to store EHR documents on blockchain as it would require a patient’s private key to view/ modify the records. But in the case where a user is unconscious or is incapacitated in an emergency, the first responder could not access any records. As a solution to these exceptions is wearable devices, such as a bracelet, necklace, or a ring which could store the public key and the encrypted private key within a memory drive.

Along with this would be scanners like biometric and RFID (Radio Frequency Identification Technology) that scans user’s bodily features and wearable respectively to obtain the keys that are needed to access the records on the ledger.

Walmart’s talks to acquire virtual-pharmacy PillPack and Health Insurance Company Humana are other advancements made by the company in the healthcare industry.