Alexa and Cortana's new relationship will bloom to offer â€˜cooperability' 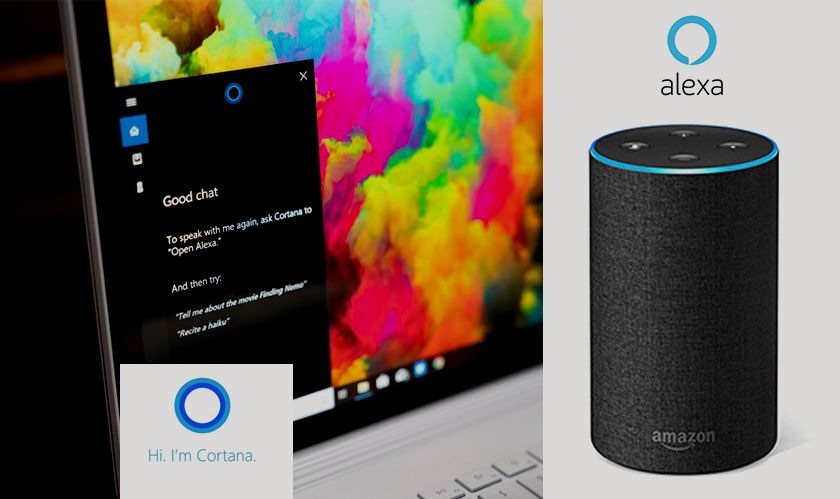 Both Microsoft and Amazon publicly announced Cortana and Alexa’s integration in their blog posts yesterday. The public preview, which is available to U.S. customers, has limited cross-platform capabilities with Alexa and Cortana as only skills for each other. The goal, however, will be to enable Alexa and Cortana to work interchangeably.

Cortana as an Alexa skill on devices such as Echo, Echo Dot, Echo Spot and more is just an added feature, as of now. For Example, “Alexa, Open Cortana” will prompt a sign-in request on to your Microsoft account, and you can make requests such as, “What new emails do I have?”, “Add ‘order cake’ to my to-do-list”, etc.

Equivalently, any compatible Windows 10 devices allow you to say “Hey Cortana, Open Alexa” to log on to your Amazon account and make Alexa perform tasks as usual. Like, you can issue requests such as, “Turn on the lights”, “What’s my order status?”, and others.

“The goal is to have two integrated digital assistants who can carry out tasks across different dimensions of daily life...” explains Jennifer Langston of Microsoft. The integration which is still in its infant stages is sure to be exploited for more improvements and both Amazon and Microsoft are open to public feedback in order to deepen the collaboration between Cortana and Alexa.

Amazon is also bringing ‘Ears’ –an app, which will listen for Alexa in many Windows 10 PCs. However, Cortana’s adoption in IoT, which has fallen far behind Alexa and Google Assistant can make a come-back with this new integration.