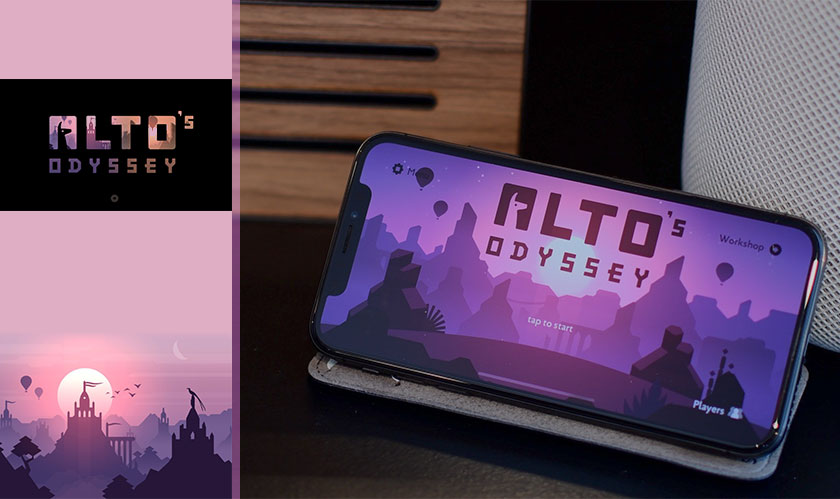 The snowboarding game, Alto’s Odyssey is ready to hit the Android play stores next month. It was released in iOS earlier this year. What’s more exciting about the news is that the Android version of Odyssey is made free. Once again, Alto partners with Noodlecake Studios to import the free game sequel supported by ads and in-app purchases, whereas the game in Apple is a one-time purchase.

Alto’s Odyssey is a sequel and is a follow-up to the popular mobile gaming classic Alto’s Adventure. The developers have retained the simplicity of the game and no core systems are messed-up with. Odyssey doesn’t try to reinvent the wheel; rather it is vastly bigger than the first game.

According to both Ryan Cash (Snowman), and Ryan Holowaty (Noodlecake), one of the main reasons they decided to make the game free on Android was ‘Piracy’. “Piracy on Android is a bigger issue…especially in the case of premium iOS software that charges more than $0.99,” says Holowaty. The other factors that influenced the decision were: Android players never chose to pay to play; the install base in Android was much larger than that of iOS internationally. Holowaty added, “Android has a much larger install base…games that release in countries like China and Japan are basically free-to-play…to capitalize on the market internationally it made sense to have a free version.”

Even though the release date for Odyssey is unclear, Alto is already open for pre registrations in the Android Play Store.