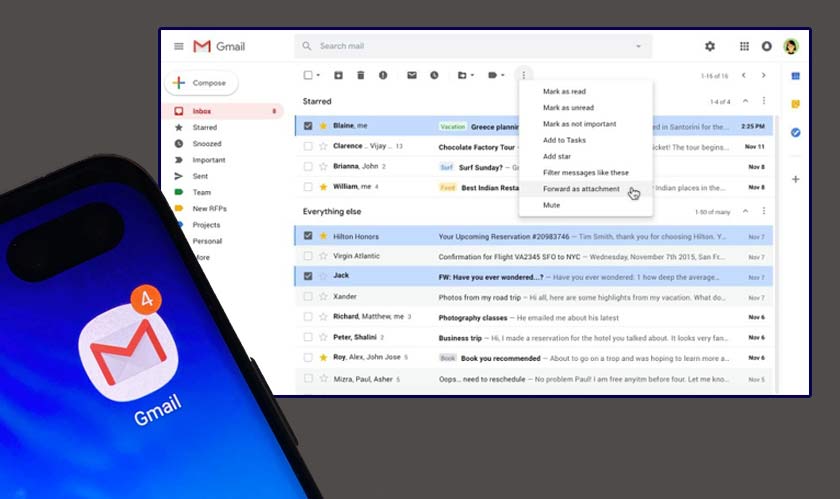 A new feature has arrived for Gmail users. The email service will now allow you to attach emails to other emails. Previously, Gmail users had to download an email before they could attach them to another email.

Now, Gmail allows you to select one or more emails from the Gmail dashboard and drag it to the email you are composing to attach them. There is another way to do this, by selecting one or more emails from the conversation view and using the “three-dot” menu button> “Forward as attachment.” Apparently, Gmail users have been demanding the IT services giant for a feature that would allow this.

The new feature allows a sender to write a small summary email message to the recipients. It actually makes more sense than forwarding separate emails that are related to a single topic.

The attached email turns into a .eml file and as per Google’s blog post you can attach as many emails as you like. When a recipient clicks on an email attachment it opens in a new window.

The feature is currently being rolled out. The users can know if it is available to them by heading over to the “three-dot” menu button.