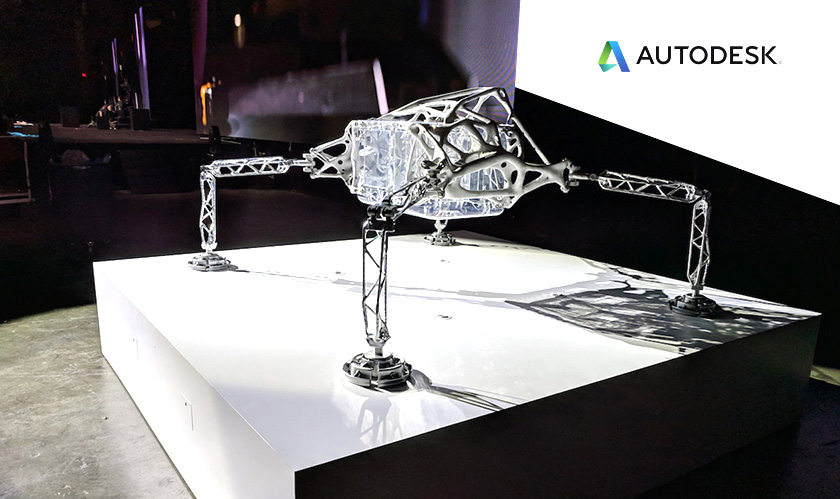 Autodesk teams up with NASA’s Jet Propulsion Laboratory to design an interplanetary lander concept to explore moons of distant planets like Saturn and Jupiter. A concept lander they built together was unveiled on Tuesday at Autodesk University in Las Vegas. Its slim design weighs less than most of the landers NASA has successfully launched, including the “Curious” rover, which was sent to Mars in 2012.

Landers traveling toward distant planets like Jupiter and Saturn, however, will need to withstand extreme conditions while holding sufficient amounts of fuel and scientific instrument payloads, says Autodesk. For this reason, the company approached NASA’s JPL to collaborate on the development of such a lander.

NASA’s rightful demand – that followed – to improve the performance of the new spacecraft sparked the idea of using Autodesk’s generative design technology with AI to explore all possible design variations of the spacecraft in short periods of time. The team used generative design software to explore different types of manufacturing methods, including casting and 3D printing.

“We took a system that was developed to help our customer solve system level suspension problems on a Formula One race car and applied new requirements for structural constraints critical to space exploration,” said Autodesk’s senior director of industry research Mark Davis. Autodesk says it was able to decrease the lander’s weight by 35 percent – compared to the baseline design for other JPL landers, and claims the internal structure can support a payload of up to 250 pounds.