Atlas humanoid robot of Boston Dynamics now does a parkour 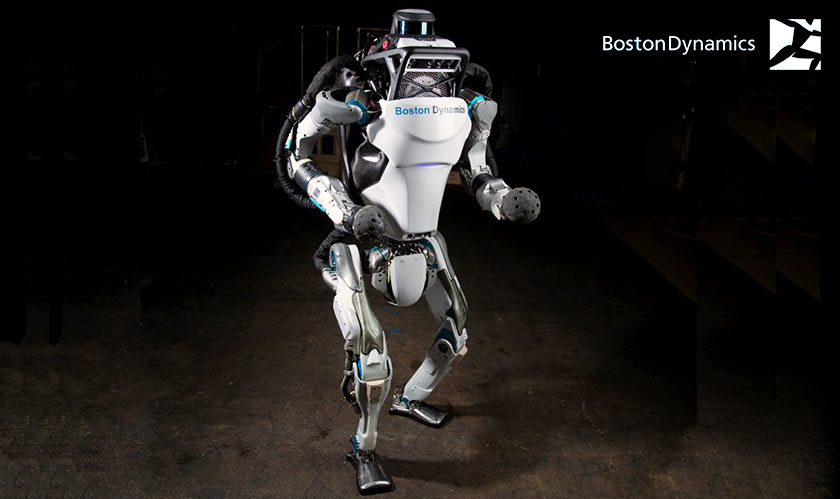 SoftBank-owned Boston Dynamics unveils its bipedal humanoid Atlas robot. The video released by the American robotics company shows Atlas effortlessly jumping over obstacles like a wooden log and hopping onto a set of staggered boxes like a parkour legend.

The Atlas humanoid robot can do a lot of things many of us can’t, including backflips, running through the snow without falling on its face, and so on. And now parkour is the recent addition to that list of feats. Yes, Atlas has gone from subhuman to superhuman in just a few short years.

The Atlas ‘bot now has enough processing power to use its legs, arms, and torso to balance through the movements and power up each 40cm-high step, while using computer vision to locate the next one. Such a robot that look and move like us will be best equipped to manage the world – like, it can navigate through disasters to rescue humans stuck in precarious situations.

To get the robots to move autonomously across a rocky, uneven surface was one of the biggest challenges faced by many robotics design companies over the years. However now, the same teams will compete to get their robots to leap over obstacles like a ninja at the next DARPA robotics challenge.

Google’s parent company Alphabet sold Boston Dynamics and another robotics firm – which it acquired in 2013 – called Schaft to Japanese tech giant SoftBank in 2017.