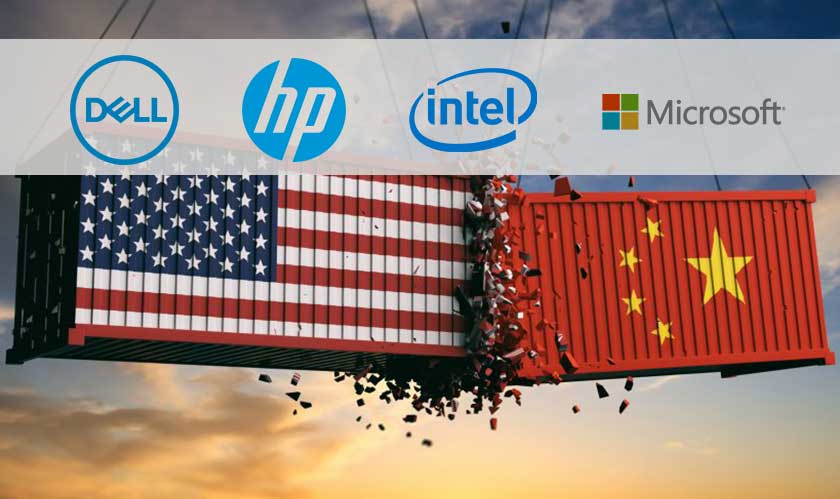 Dell, HP Inc., Intel, and Microsoft have come together to oppose the current administration’s proposed tariffs on laptops and tablets. The tariffs to be introduced on these items were among those proposed for $300 billion Chinese goods which are being targeted for duties.

“A price increase of that magnitude may even put laptop devices entirely out of reach for our most cost-conscious consumers,” the companies said in a joint statement. These price hikes are only going to peak as the year wears on and the holiday season approaches.

It has been reported that the companies have spent a combined $35 billion on R&D in 2018 and the introduction of the tariffs would drive them away from innovation and cause huge loses for manufacturers located outside the U.S. As the trade war continues, it will be interesting to see if U.S. and China will come to any agreement to ease the escalation when the presidents of both the countries meet in Japan next week.