Robots that fly like insects? The DelFly Nimble robots deliver that! 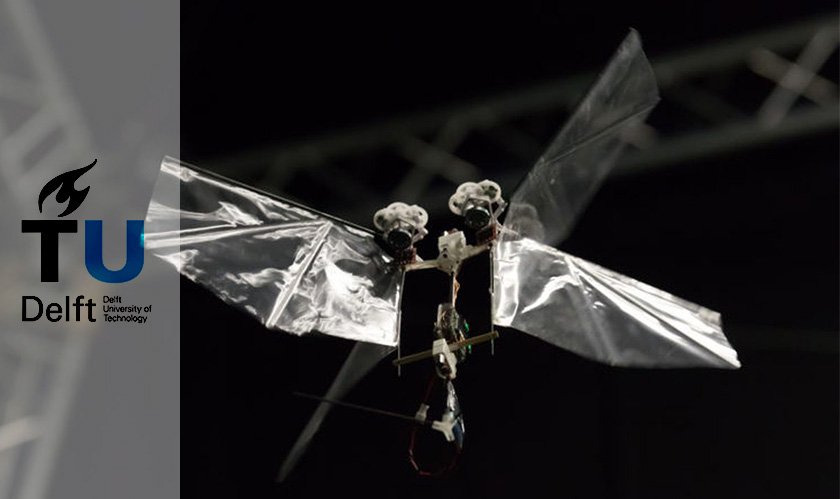 Robots are coming in all sizes, shapes, dimensions, materials, etc. So why not have robots that are like insects that can fly? That’s exactly what the Delft University of Technology in the Netherlands created in their research project. Aptly named as the DelFly Nimble robot, the insect-like robot is very agile and swift.

The DelFly Nimble opens a new chapter in robotics. It comes with a quad-wing flapping system and can fly as nimbly as a real insect. Now you know why they named it Nimble! The four wings in its system enable the robot to control three axes of flight. It can simply go left or right and change directions by changing the way it flaps its every wing. Yes, now that’s very very similar to a real insect!

At present, the University said that the DelFly can fly for more than five minutes on a full battery with a range of more than 0.62 miles. That’s roughly about a kilometer. While these insect robots are cool, what can you use it for? The University page for the DelFly project states that “(it is) ready for many real-world tasks.” For one, the robot could be used for pure scientific applications. The DelFly Nimble could be deployed for replicating and studying insect flight behavior, dynamics, and high agility maneuvers.

Students come up with a wearable to deliver Epinepherine