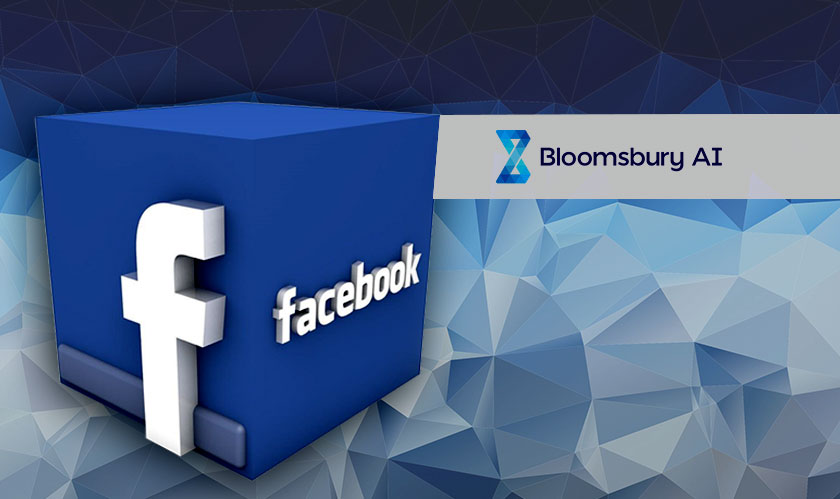 Facebook announced its plans to buy a London-based AI startup Bloomsbury AI. Facebook would deploy Bloomsbury’s team and technology to fight fake news and other content related issues. Bloomsbury AI was founded in the year 2015 by Guillaume Bouchard, Luis Ulloa, and Sebastian Riedel.

The company aimed to make machines, like computers, to be able to understand human voices. “Everyone should be able to ask any question and get the answer immediately” is the company’s agenda. Reidel, the co-founder and Head of Research at Bloomsbury is also the co-founder of Factmata- a startup that develops tools to combat fake content.

Facebook’s announcement post on the acquisition said, “…the team behind Bloomsbury AI has agreed to join Facebook in London…the team has built a leading expertise in machine reading and understanding unstructured documents in natural language in order to answer any question.”

Even though the news does not explicitly talk about the new company’s ability to tackle fake news, but it certainly seems possible that their AI technology will be used to detect and report misleading and problematic content. “…the team’s expertise will strengthen Facebook’s efforts in natural language processing research, and help us further understand natural language and its applications,” Facebook said.

The value of the deal was not disclosed by both Facebook and Bloomsbury AI, however, reports suggest that the acquisition could cost between $23 Million to $30 Million.