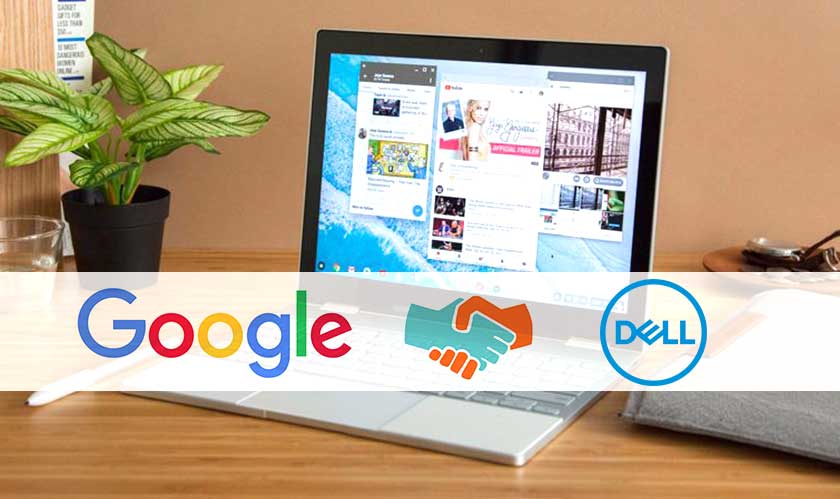 Microsoft has enjoyed unparalleled victories in the field of enterprise computing for many years now, but with the trend of modernization rising in every field, businesses now are always looking for something that can give an edge to them, and Google is seizing this very opportunity with the help of Dell.

Dell being one of the biggest partners of Microsoft is now also teaming up with Google to push its Chromebook Enterprise laptops into sales. The Chrome OS is installed in Dell’s business-focused models such as Latitude 5400 and Dell Latitude 5300 two-in-one.

According to recent reports, Google and Dell have worked on this for more than a year to ensure that expectations of the IT experts are met in every way. This may not be the only partnership that Google has in store and in future, may make similar deals with other major hardware manufacturers.

The release date of this variant is likely to hit markets by Aug 27th, another add-on is that the Google Admin console for chrome OS will get an update so that the company can manage all the Chromebooks from a single location.

Chromebook has performed well in areas like Education but has had trouble finding business in areas that Microsoft has already popularized itself in. Google coming into the enterprise business will certainly be a new wave in the enterprise segment and how they plan to catch up with the market leader, Microsoft, is yet another story.