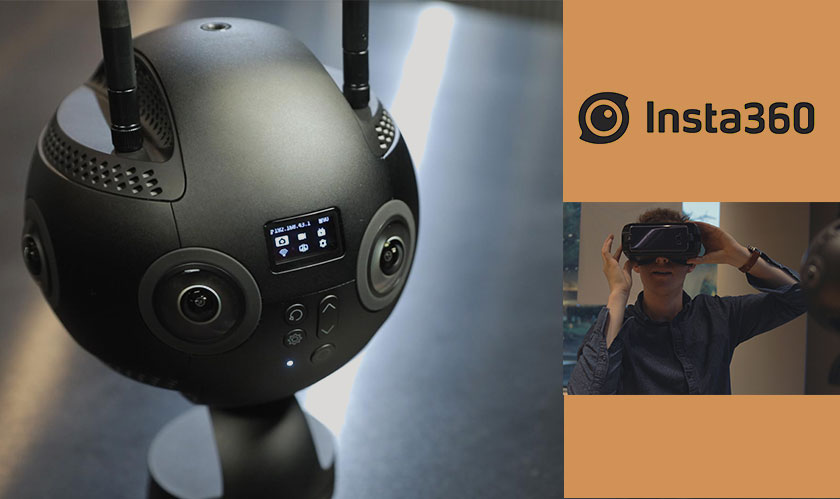 Insta360 Pro 2 is a VR camera with 6 separate 8K camera lenses packed in a sphere for 3D 360 degree video. The 6 cameras capture every angle of every scene at once and later fuses it to render two 8K 360 images – one for each eye of a viewer, thus creating an immersive 3D virtual reality.

The in-camera HDR feature in the new Pro 2 helps even out the lighting in a scene with varying brightness. ‘Natural-looking’ photography is thus achieved with the new device which also instills an i-Log mode for extra coloring.

Insta360, the popular 360-degree-VR maker, boasts about the FlowState Stabilization in its new video camera by saying “bringing a high-quality in-camera stabilization system to professional VR for the first time ever.” The new Pro 2 users can rely on the excessively precise gyroscope to track the camera’s motion (in 9 axes) and to automatically stabilize the footage thus captured.

And nonetheless, the 5.18 GHz transmitter and receiver in the device facilitate camera’s shots from 300 meters away ground-to-ground, and 1 kilometer away from ground-to-air. This along with the new Farsight technology feature shoots high-definition, low-latency, long-distance videos, and provides 360-degree live monitoring while directing shots from afar.

The Insta360 Pro 2 has an Adobe Premiere Pro workflow built into it for easy previewing which uses a low-res proxy version alongside the actual footage for streamlined editing. The Pro 2 is available for pre-order with a $5,000 price tag uses Crystal View Technology for quick conversion and streaming of videos.