Intel and Rolls-Royce partner for the next big thing: Self-sailing ships

Intel and Rolls-Royce partner for the next big thing: Self-sailing ships 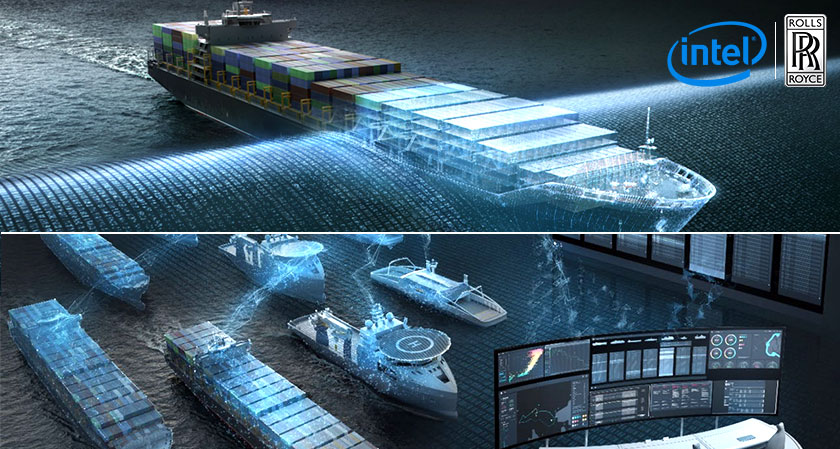 We’re in the phase of rolling out autonomous cars. Now, Rolls-Royce is designing the next big thing for the automobile industry: self-driving ships. In an announcement, Rolls-Royce said it’s building a new partnership deal with Intel for the autonomous ships.

It was last year when Rolls-Royce first announced its ambition to launch its first oceanic vessel without any crew by 2025. Taking a step towards it, the company launched the Intelligent Awareness system earlier this year. This system is designed to automatically classify nearby ships, be it tankers, cruise ships, or any other. The Intelligent Awareness system can induce better visibility in bad weathers by combining and using data from many sources.

The Future is here

To build autonomous no-crew ships, the Intelligent Awareness system plays an important role. Cameras, radar, LIDAR, etc. are used in the system along with machine vision algorithms. Kevin Daffey, the director of ship intelligence of Rolls-Royce says, “It’s basically the eyes and ears of the ship.” The Intelligent Awareness system is being tested around the world, including a ferry in Japan.

Rolls-Royce is planning to use Intel’s 3D NAND solid-state drives and Xeon chips to store the data and process it. The Intelligent Awareness system could be all powerful. And now with Intel chipping in its chips, the entire system will sail us through future expeditions. Of course, government and legal approvals are among the biggest challenges, but Rolls-Royce is confident in overcoming it.