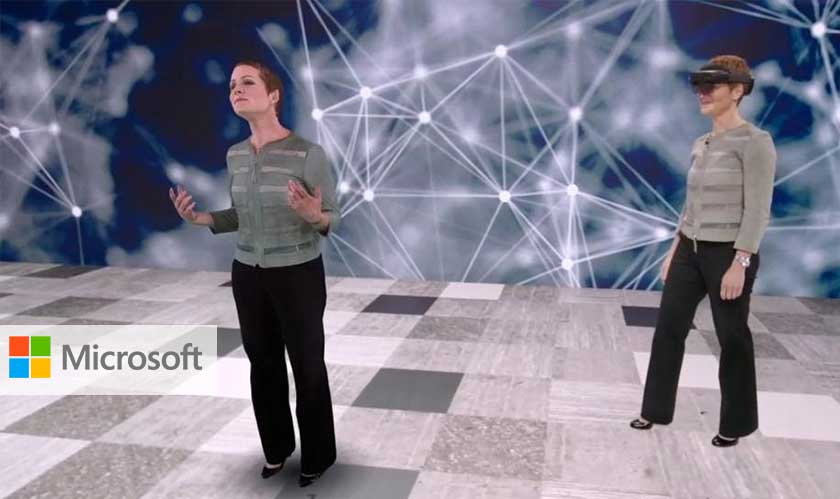 The new mixed reality has a wild hologram that translates HoloLens keynotes into Japanese. Recently at a Mixed Reality capture studio, Microsoft scanned Julia White, a company executive for Azure, to transform her into an exact hologram replica.

Azure AI technology of Microsoft and HoloLens were combined together to make the exact hologram replica possible. This digital Holoportation version appeared onstage to translate the keynote into Japanese. It works by taking recordings of Julia White’s voice, in order to create a personalized voice signature to make it sound like she is actually speaking Japanese.

From last few years Microsoft researchers have been working on Holoportation technologies and its development. Holoportation allows individuals with mixed-reality devices including the HoloLens to see and interact with remote participants in 3D as if they were actually present in their physical space.