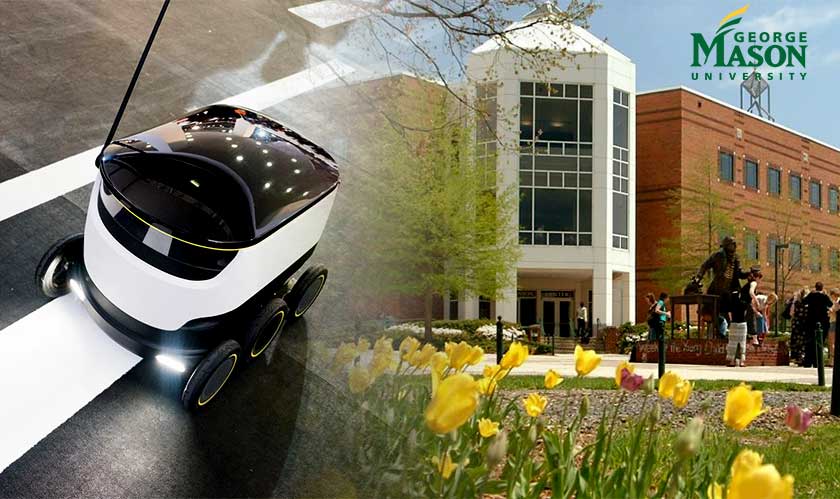 The students of George Mason University have something fun to look forward to the next time they order food. A European startup, Starship Technologies will be launching its robotic technology to deliver food to the University students. The six-wheeled robots will be delivering selected food and drinks.

The students will need the Starship mobile app and simply need to drop a pin on the map for the robot to follow, which can be tracked by the student. In this partnership, the students can plan their meals to have the food delivered by robots from Blaze Pizza, Starbucks, and Dunkin’.

Initially, Starship will release 25 robots on the campus where the delivery charges will be an extra $1.99. These robots can carry nearly 20 pounds worth of goods and can drive themselves on sidewalks, curbs; they even function at night in all seasons of rain and snow. Starship says that the robots will deliver anywhere on the campus.

Now for a robot that’s roaming around the campus with food, you’d be worried about someone stealing. But Starship has a solution for that as well. The robots come with a locking lid that can only be opened by the person who placed the order. Employees at Starship will also be monitoring the robots with cameras to watch out for any foul play as well. So order away!

CybHER Conversations is a substantial learning tool for students