Aibo is Sony's â€˜capability of innovation' in consumer robotics 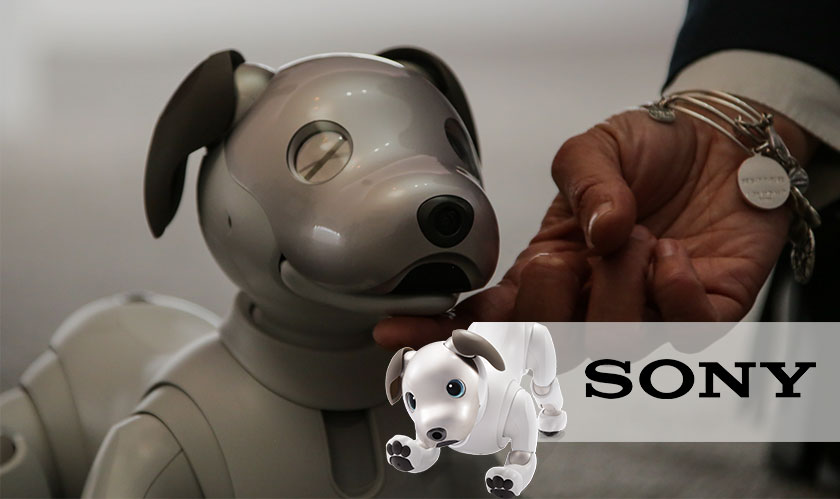 Sony announces the release of Aibo in the U.S. this fall. Aibo, the non-furry, adorable, robotic dog is Sony’s smart companion project. The Japan version of Aibo saw surprising sales, last year, with at least 20,000 units leaving the rack. The new Aibo bundle will include Sony’s AI Cloud Services, “Aibone” – a pink ball, paw pads, and a charging station.

The limited edition product “will only be in thousands” for the U.S. market, says Michael Mike Fasulo, the President, and COO of Sony (North America Region). While revealing Sony’s vision to play a key role in home robotics moving forward, he said, “Aibo is a signpost of what we’re capable in this current moment… an opportunity to showcase the state of the industry of consumer robotics in 2018.”

Aibo is also a great device for photo capturing, and its eyes are made of OLED. The flexible little device has got 22 axes of movement and is designed using 4000 different parts. Aibo’s ability to connect to Sony’s backend helps shape its personality and also allow users to stay connected with the dog over Wi-Fi or LTE (AT&T).

Sony isn’t the only company which is thinking about a smart companion; Anki’s Vector robot which was recently released with an idea to offer users a pet that can play and respond to queries. However, Vector acts more like a smart speaker with a limited AI backend, while Aibo connects to the Sony’s established AI Cloud Services.