Toyota aims to put robots in every home, probably worldwide too 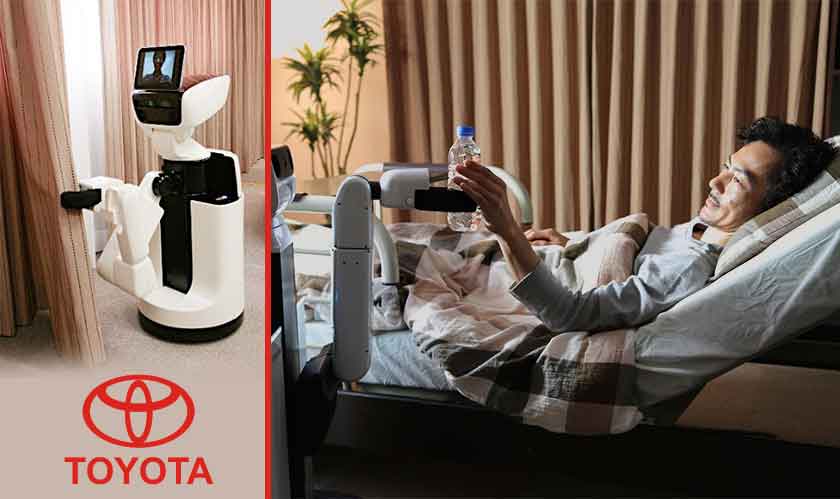 A companion robot may be the most sought-after gadget in Japan given that there are a huge number of aged people in the country. Well, Toyota – Japan’s oldest conglomerate – has now expressed a desire to put robots inside every home in Japan, possibly worldwide too.

The company aims to develop on its latest Android, the T-HR3, and build a commercial product that people can use at home and also control using wearables like smartwatches. There are even vision goggles that a person can wear and see through the eyes (camera) of the robot.

The robot can even do the basic household chores, like loading a washing machine using its manipulative hands, fetch things for aged or bedridden people, and a lot more. Toyota calls them the Human Support Robot.

Toyota has been experimenting with robots since at least 2004. It has been constantly investing in this space. The car-maker opened its AI Research Institute in Silicon Valley in 2015 and 2017. There is also a separate division, called Partner Robot, meant to instantly convert ideas in robotics into products.

Some of Toyota’s earlier attempts to build robots have not been highly successful. Also considering other aspects like safety, approval from the regulators and so on, a good guess would be that it may take around two to five years for the Human Support Robot to be realized. But the sheer necessity in a country like Japan may accelerate the product launch.