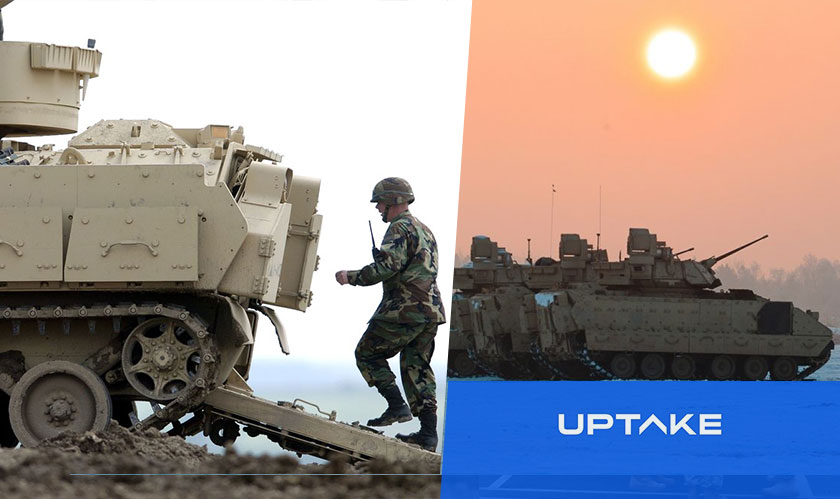 Machine learning will now even understand equipment and machines’ behavior and operations. Uptake Technologies, a Chicago-based predictive analytics SaaS provider, is reportedly helping the US Army to help predict when the army vehicles need repair. The company’s contract with the Army is relatively small, worth $1 million, but it represents a game-changing leap for the military’s use of AI.

Sensors attached to the vehicles’ engines records and transmit information like RPM and temperature to the Uptake’s software. The software then flags problems to army mechanics before they become disastrous. The ML software is taught to look for patterns in the data that match known engine failures in similar vehicles.

The project in its initial stages will only test a few active armored infantry Bradley transports. However, Uptake has already partnered with clients like Caterpillar, Boeing and Progress Rail. And for Berkshire Hathaway Energy, its software helped maintain expensive turbines situated in remote locations.

“Our platform is like a brain that collects signals from all these nerve endings [in the engine] and produces feedback,” says Abby Hunt, VP-Uptake. Owing to Army’s sensitive internal culture which is hesitant to replace human expertise with the machine, Uptake stresses that their system or products will not make any decisions of its own, rather, it simply highlights potential problem areas for humans to investigate.

Lt. Col. Chris Conley, Product Manager-Army’s Bradley Vehicles, told the Washington Post, “I’m not fully convinced that this will be successful, but I’m really excited about the potential of it.”