Volareo is not another Echo; it's a â€˜blockchain' smart speaker 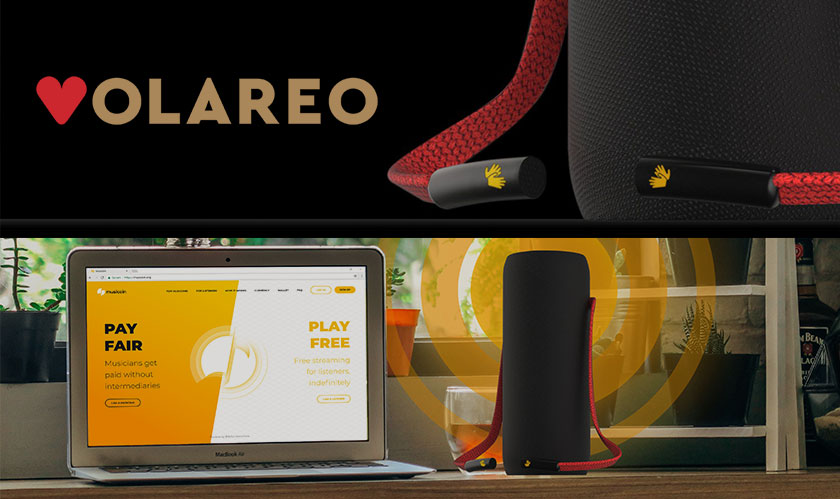 Volareo, a Dutch tech startup, introduces the world’s first ever open-source, decentralized smart speaker. The project mainly aims to resolve problems encountered in the music streaming revenue model. With this new design, you can tip musicians directly with just a clap.

The independent, open-source smart speaker supports integration with blockchain streaming platforms. Through Volareo’s ability to intrude into the blockchain music market, it will be an easy platform for users and artists to interact and also to easily discover music by just your voice. The smart speaker, initially, supports four languages – English, Dutch, French, and Spanish.

The new cryptocurrency and music streaming platform, which is backed by Musicoin’s MUSIC (cryptocurrency), aims to reward musicians in a better way. Unlike other smart speakers, Volareo integrates with several AI engines for processing. The creators encourage tipping by shipping 500 free MUSIC tokens along with the product.

Volareo has launched a crowdfunding site called Indiegogo which allows the project creators to post their ideas, set monetary value, and so on. The platform will also be used to raise funds for causes.

Nick Yap, the founder of Volareo and the mastermind behind the project that challenges Amazon Echo, Google Home, Apple HomePod and other popular smart speakers, explains by stating, “Blockchain music has huge potential to drive much-needed revenue to artists, particularly freelancers, transparently, directly and instantly. The listener gets the chance to connect with the artist, by being able to tip artists or buy merchandise… ”