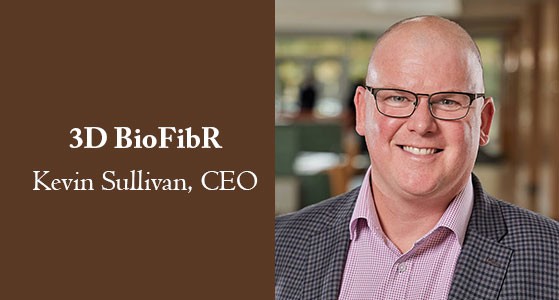 Cell culture consists in growing cells in an artificial environment in order to study their behavior in response to their environment. Different kinds of cell cultures can be found nowadays, and some would be more suited than others depending on its properties and applications. Amongst them, 3D culture for cells has been increasingly used for its new and convenient features compared to other alternative cell culture method. 3D cell culture could be described as the culture of living cells within micro-assembled devices and supports that present a three dimensional structures mimicking tissue and organ specific microarchitecture. Unlike 2D monolayer cell culture, 3D cell culture model can almost perfectly mimic in vivo cells behaviors and organization (morphology and physiology). Assembling multi-layer 3D cells structures can be made possible by using scaffolds or scaffold-free methods. Whether or not scaffold are used, the resulting cells composing spheroids can interact between themselves and the matrix/support via direct and indirect interaction thanks to cells junctions and soluble factors. Nowadays, many applications such as tissue engineering stem from 3D cell culture that also contributes to the improvement of drug testing thanks to microfluidic organ-on-chips.

3D BioFibR Inc. is a Dalhousie University spin-off company which uses a proprietary “dry-spinning” process (mimicking spiders) to produce low denier, multifilament fibers from proteins (e.g. collagen and spider silk). 3D BioFibR focuses on protein-based fibers, predominantly collagen, braided and woven to medical device OEMs and 3D in vitro tissue culture. The key to its fiber process is the combination of high percentage protein solutions with a catalytic amount of scaffolding polymer which permits rapid, large scale production of fibers. This extensional flow applied during its dry-spinning process produces protein fibers with impressive mechanical properties. For example, its typical collagen fiber composed of 1,650 filament (300 nm diameter each) shows tensile strength of 250 MPa. This strength is 3X higher than native human tendons, which they hope to replace with its medical devices.

CollaFibR™ for cell and tissue culture: The 3D tissue culture market is an unregulated $1.6B market, growing 15-20 percent compound annually. The market is focused on the global research community that looks for 3D tissue culture technology that best mimics the biology of complex tissues, increasing the efficiency of drug and vaccine development and decreasing its dependence on animal models. They have developed highly physiologically relevant 2D and 3D extra–cellular matrix environments for cell culture, superior to current available products due to biocompatibility, consistency and stability. Together, these products provide a comprehensive collagen-based platform for life sciences research. A CollaFibR™ 2D cell culture plate is an aligned, linear array of type I collagen fibers laid on a gel and placed into a traditional cell culture plate. As shown, CollaFibR™ supports cell attachment, directs cellular alignment and elongation, and allows cells to manipulate the collagen environment.

CollaFibR™ 3D Scaffold: Scaffolds are porous support that regulate cell growth and enhance signaling. To achieve this purpose, they facilitate oxygen, nutriments, soluble factors and waste transportation thanks to their singular structures meant to mimic in vivo tissue organization. Scaffold currently made are membranes, matrices and above all hydrogels that present excellent properties. A 3D scaffold for cell growth composed of 200 layers of CollaFibR™ in a cross-hatched geometry is shown. This scaffold is assembled layer-by-layer, allowing for control over fiber direction and thickness. Compared to other 3D cell culture products such as Matrigel®, this product has superior batch-to-batch consistency, induces cellular alignment, and has adequate thickness for cell migration. To generate spheroids, cells aggregates serving as good physiological models, 3D cultures that don’t rely on solid supports (ECM molecules or biomaterials) can also be made. Spheroids obtained using this technique is most of time smaller and less resistant. The main scaffold-free 3D cells cultures techniques are the forced-floating method, the hanging drop method and the agitation based method. Scaffold free techniques include forced-floating methods that use low adhesion polymer-coated well-plates. Spheroids are generated by filling those well-plates with a cell suspension after centrifugation.

SpidrFibR™: A spider silk prototype with endless potential. It is five times stronger than steel while more flexible than rubber, spider silk is one of nature’s most exquisite materials. With nearly endless applications from advanced sutures to ballistic protection, scientists have been trying to replicate spider silk for decades. Using spider silk proteins, the prototype SpidrFibR™ has excellent mechanical properties and shows excellent potential for applications in the green textile industry, and in bio-composite development for aerospace engineering and defence. The SpidrFibR™ prototypes show strength greater than steel and further work is ongoing.

Kevin Sullivan serves as the Chief Executive Officer of 3D BioFibR Inc. he has over 23 years of experience in building early stage biotech companies with multiple drug candidates. Mr. Sullivan has raised over $90M in Funding for Venture backed start-ups, $40M+ equity and debt, and $50M+ in non-dilutive funding. He is successful in-licensing and out-licensing track record with Pharma and Academia.

"3D BioFibR’s vision is to become a global leader in the production of nature’s strongest, lightest and toughest materials that approximate the performance characteristics of naturally occurring biofibers at a scale and cost viable to solving the engineering challenges of today."