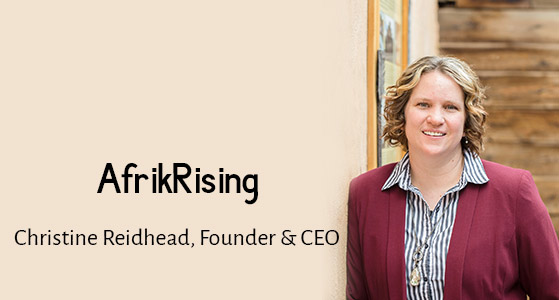 The problem of poverty is far-reaching across the globe, especially in developing nations. Poverty leads to other worse predicaments such as hunger which in turn brings about both mortality and morbidity.

We introduce you to AfrikRising which was established in 2019 by a group of talent from US and Africa with an intention of making a difference. So the company started the process of applying to become a nonprofit organization, they have a great team that certainly wants to create magic and it was a tough road to become a 501c3, but they’re excited and ready to work!

The plight of children on the poorest continent is dramatic. Poverty is the prevalent situation that many people in Africa are suffering but many people are unaware as to why the problem exists. Africa has 28 of the poorest countries in the world. It is estimated that 50 million orphans are surviving in Africa and 3,000 African children die from malaria every day. Malaria deaths in Africa alone, account for 90 percent of all malaria deaths worldwide. Eighty percent of these victims are African children.

War, AIDS, malaria, cholera and famine have gradually turned Africa into a continent full of orphaned children and teenagers. Africans live in difficult conditions. The infrastructure that most of the world takes for granted is missing or severely limited in Africa. Five hundred eighty-nine (589) million sub-

Saharan Africans live without electricity and cook by burning whatever they can find. Water and sanitation issues cost these countries more than the total economic aid they receive. Of all the people in the world without access to safe water, almost 40 percent live in Africa. More than 30 percent of African children suffer from growth disorders, such as stunting, due to their chronic malnutrition. This disease causes a physical and mental underdevelopment in children.

AfrikRising’s purpose is to help in providing basic necessities, services and education to the underserved in Africa. The program will form partnerships with orphanages, families and schools within African communities providing assistance to those who are most vulnerable. Many orphanages in Africa lack basic necessities for existence, children sleep on cement floors without food and water and AfrikRising provides them with the necessities. AfrikRising said, “If we addressed 10 orphanages, which have around 40 children that greatly affect the lives of 400 orphans. These basic necessities can bring them hope and a smile on their faces.”

AfrikRising attend the problems by going to schools and orphanages and help them depending on the situation, for example, some orphanages get a lot of food from the public, but suffer in their living conditions; others have great living conditions but have no money for food. So, it depends on their individual circumstances. They are also working on providing sustainable things such as schools, community gardens, etc.

AfrikRising faced hurdles on its way of fulfilling its dreams. Africa is the world’s second largest and second most-populous continent, behind Asia in both categories. They live in extreme poverty. More than one million people, mostly children under the age of five, die every year from malaria. These children really need help and there’s a lack of funding. The organization says, “Our greatest obstacle is funding these projects for both immediate needs and long term sustainability projects.”

AfrikRising sees their struggles. These children were born into poverty and will most likely die in poverty.  There are millions and millions of children suffering out there. AfrikRising does not have funds to aid all of them, but they are giving their best in reaching out to the maximum children and helping them.

AfrikRising feels blessed to have a wonderful team!  The organization states, “We have a team in Nigeria and a team in Ghana. We also have a board of directors that encompasses a wide variety of perspectives and contributes greatly to our cause. Henry and Emmanual are our Nigeria team. They provide a great strength as they are very passionate about this cause and give of their time and means to help others lives. They are a critical piece to AfrikRising’s success and we are very blessed to have them a part of our team. Albert, Maxwell and Simon are our team in Ghana, Africa. They are working to develop partnership with orphanages and schools in Ghana. This is another area that has been impacted by poverty and we are excited to see what develops in the future there. Those projects will be forthcoming. We also have a strong team here in the United States. We just got a new Executive Director, Kari-April Gibson and she will be spearheading our fundraising, so we are excited she is on board. Dr. Peter Romine, Dr. Monsuru Ramoni, and  April Chischilly have also been mainstays from the birth of AfrikRising and have been a great supports and contributors to our cause.”

AfrikRising feels “puffed with pride” because they are proud of being recognized globally. There’s a lot of work that goes into running a nonprofit and it’s kind of a pat on the back realizing that all this work is paying off and people are seeing the good work they are doing. Every project is exciting to see the smiles on the children’s faces as the organization’s projects enrich their lives. That is why we do it, for the happiness it brings into their lives.

AfrikRising is looking to grow more in Nigeria and Ghana. It isin the process of raising funds for a trade school in Nigeria. College graduates are finding themselves jobless in a very competitive market. The organization is looking to help them to develop trade skills so college graduates have another option for employment. It is also partnering with an orphanage in Ghana and those plans will be forthcoming.

What Christine Reidhead, Founder and CEO has to say?

Ever since I was five years old, I’ve had this dream of helping the people in Africa. I am passionate about serving others. I want to be a part of making this world a better place, improving children’s lives and providing them with an opportunity of a better future. This nonprofit organization provides us the platform to accomplish great things, to serve the starving African child and address the hunger in Africa. I’m excited to guide AfrikRising to amazing heights and really make a difference in this world.

“I want to fight for people who can’t fight for themselves.”

“We formed our organization to provide assistance to the most vulnerable. We focus on the hunger in Africa and the starving african child.”