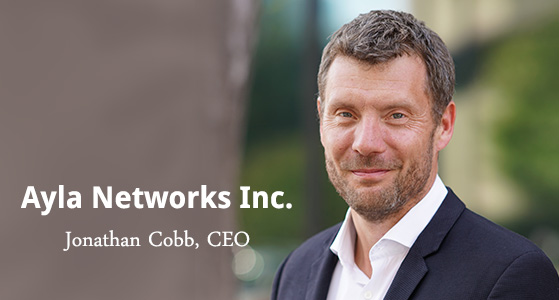 Ayla Networks: The IoT Company for you

Most companies by now know that the Internet of Things is among the key ways to realizing digital transformation. IoT is enabling new business models and is helping companies realize new streams of revenue which is crucial to sustaining growth. Enhancing operational efficiency is also something that makes IoT exceptionally important as we move forward in this age of technology, and this is being powered by Ayla Networks.

Ayla Networks has an interesting story behind it, where it started in 2010 from an unsuccessful chip company. Dave Friedman, the founder of Ayla Networks was previously working at ZeroG Wireless, but was dedicated to the wrong challenge. Although ZeroG was channeled towards IoT, it wasn’t focusing on digital transformation and expansion to new markets. Friedman got together with his former colleagues Phillip Chang and Tom Lee to start a new company. Together with Adrian Caceres- an architectural visionary, they established Ayla Networks, right in Friedman’s kitchen!

Back then, IoT was still in its infancy and pretty much unknown to the investors. A year later, with potential investors, Ayla Networks was able to secure $5 million in its Series A round of funding. Fast forwarding to nearly a decade later- Ayla Networks has expanded to various markets and can cater to almost any device so long as it has a power source!

Since Ayla was founded, IoT has expanded its functional scope with a lot of players in the ecosystem. Yet, Ayla stands out in the crowd with its unique set of offerings and end-to-end architecture. Take for instance, the tracking dashboard offered by the company. If your smart home IoT device has a consumable component- like say your coffee maker with components such as pods, filters, water, etc., the Ayla dashboard can notify you in real-time if your coffee beans are running low or if your filter is reaching end of life.

Ayla has recently launched AylaIQ, an offering for enterprises that have a large number of existing deployed assets. For makers of commercial equipment such as vending machines, HVAC systems, agricultural equipment, food appliances, AylaIQ offers an easy way to retrofit these ‘legacy’ devices with a simple hardware plugin and make them IoT-ready. Within just days, the equipment manufacturers get real-time operational intelligence into the performance and usage of the devices and can proactively address failure issues, resulting in lower operating costs and superior customer experience. This ability to enable both Greenfield IoT (launch new connected products) and Brownfield (retrofit existing assets) uniquely differentiates Ayla’s IoT capabilities.

“IoT is as secure as any other chunk of the internet”

That’s what Jonathan Cobb, the CEO of Ayla Networks believes about the security infrastructure for IoT. “IoT’s security presents some new potential problems. These problems relate to the kind of data that is stored in IoT and the devices being incorporated into it,” he notes. There have been many instances where companies have failed to perform penetration tests on their devices before the release. “I believe that penetration testing by a reputable third party familiar with IoT devices is a must and should be an industry requirement. This could help prevent devices from becoming a part of a botnet,” he further adds. Also, this would allay any security problems with any data stored on the IoT devices, he opines.

IoT - Its impact and future

There’s a lot to say about IoT, especially with a company that was established during a the time when IoT was just taking shape. When it comes to the future of IoT, Prashanth Shetty, the VP of Global Marketing at Ayla Networks says: “while the consumer IoT segment continues to expand, enterprise IoT is expected to be one of the main drivers due to the fact that businesses have started to realize the transformational value of IoT initiatives.” He further continues: “Ayla Networks presciently realized the importance of future-proofing when we started in IoT nearly a decade ago, and after evaluating or implementing over 500 projects.”

Given the company’s history of thoughtful strategy and focused execution, we’re certain that Ayla Networks will continue to stay at the leading edge when it comes to IoT and its future.

Prior to Ayla Networks, Mr. Cobb was the SVP of Consumer Solutions at ARRIS, a company based in the UK. Before Ayla, he was the President of software and services at Pace, a public UK consumer-electronics company that ARRIS acquired in 2016. He began his career at IBM after finishing his master’s degree in computer science from Cambridge University. He subsequently moved into executive consulting, operations and professional services roles at several companies including Motive, ON Networks and 2 Wire.

On its growth curve, Salus required cutting-edge connected device smart home solutions to both direct consumers and commercial operators. The company wished to focus on building intellectual property and not managing infrastructure. The company joined hands with AWS, Ayla, and Splunk to bring new value to customers and companies. The new collaboration resulted in better focus on using additional AWS solutions, such as Alexa for Business, to drive more value to end users challenges. Also, Salus was able to save development time and upfront costs by using proven IoT and Big Data solutions from Ayla and Splunk.

“Using AWS, Ayla Networks, and Splunk, we’ve been able to stay ahead of the curve from a business perspective because we’ve spent our time on differentiation rather than building and maintaining infrastructure.” - Scott Hublou, VP of Global Connected Solutions at Salus.